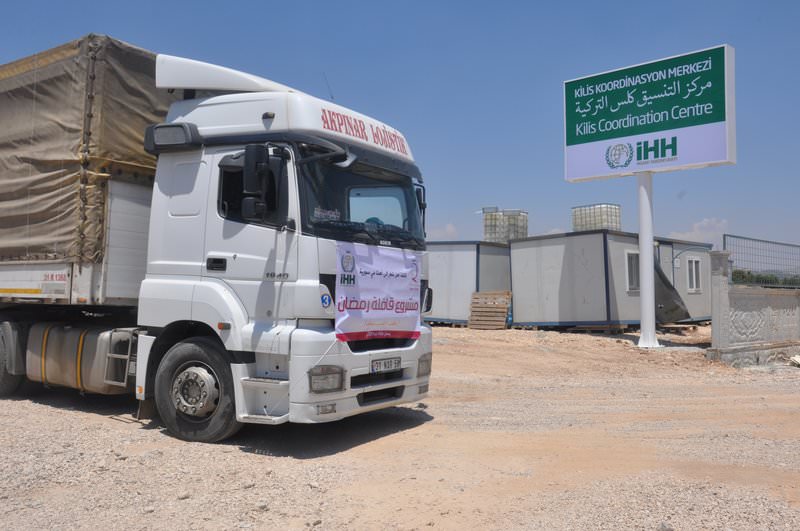 | AA Photo
by Anadolu Agency Jun 13, 2015 12:00 am
Turkey's Humanitarian Relief Foundation (IHH) has said it will help deliver more than 30,000 food packages to more than 15,000 families in Syria in the cooperation with the Qatar Charity association and 27 trucks set off from Turkey on Saturday.

Bülent Yıldırım, head of IHH, said that the overall amount of aid going to Syria has fallen because the war is getting more severe.

He warned that the refugee crisis is worsening and that thousands of people are heading to the country's borders in an attempt to save their lives from the attacks by the Syrian regime.

Yıldırım said that this has forced IHH to initiate a new aid campaign.

Syria has been gripped by violence since the Bashar al-Assad regime launched a crackdown in response to anti-government protests in March 2011, triggering a civil war in which more than 211,000 people have died.

Millions have been forced to flee their homes and live in camps in Syria and other neighboring countries, including Turkey.
Last Update: Jun 13, 2015 4:04 pm
RELATED TOPICS