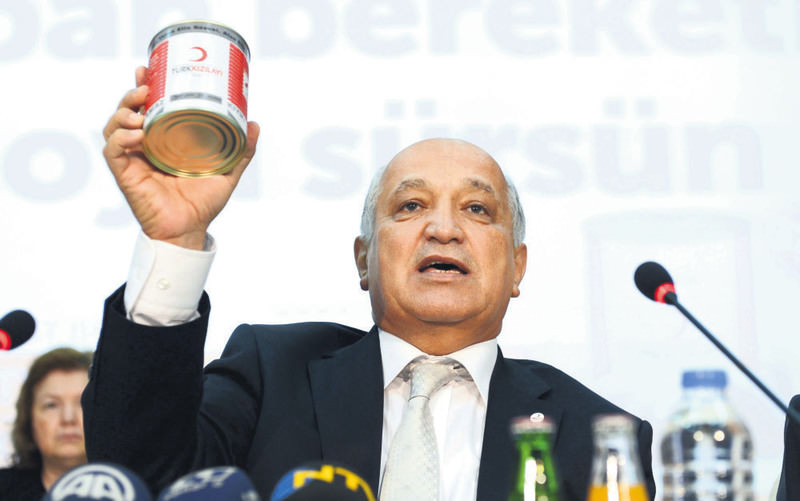 by Burcu Çalık Jun 14, 2015 12:00 am
Turkey will send food aid to 12 countries battling hunger during the holy month of Ramadan, starting June 18, said Turkish Red Crescent Society President Ahmet Lütfi Akar (left) over the weekend. Akar also said the society would be distributing Kızılay Kart and food parcels to tens of thousands poor Turkish families during the month. Kızılay Kart is a card used to purchase goods from supermarkets.

Akar said Somalia, the West Bank and the Gaza Strip will be among the countries receiving food aid, adding that the society will also be holding an iftar dinner in Istanbul for 2,000 people on June 26 with President Recep Tayyip Erdoğan in attendance. He said another iftar dinner would be held in Gaza.

He said the public usually donated more than average during Ramadan and the society's duty was to transfer this added charity to those in need.

The Turkish Red Crescent Society had instituted a range of policies that allowed people to preserve their dignity with 13 separate soup kitchens across the country making daily deliveries to families in need.
Last Update: Jun 14, 2015 11:22 pm
RELATED TOPICS