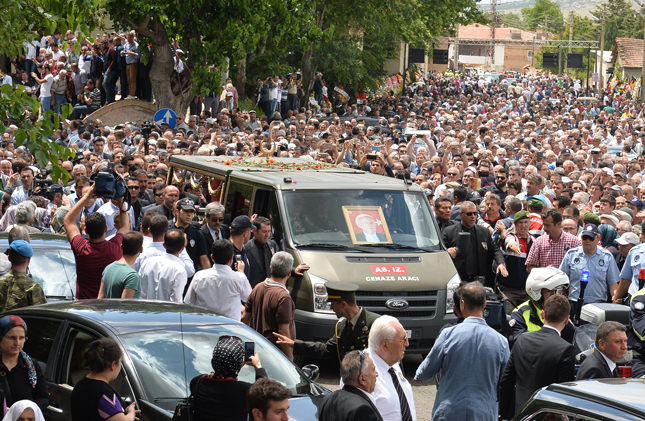 by Daily Sabah Jun 20, 2015 12:00 am
Turkey's 9th president, Süleyman Demirel is being sent off by thousands of supporters as his funeral service is underway on Saturday in his hometown of the İslamköy village in the central province of Isparta.

After a funeral ceremony took place outside Demirel's house in Güniz Street in Ankara on Friday, Demirel's body was taken to the Grand National Assembly of Turkey ("TBMM" in Turkish) accompanied by sirens and a convoy. The coffin was later transported to the Kocatepe Mosque in the city center for a mass prayer. Finally he arrived in his hometown of Isparta where funeral services are continuing. 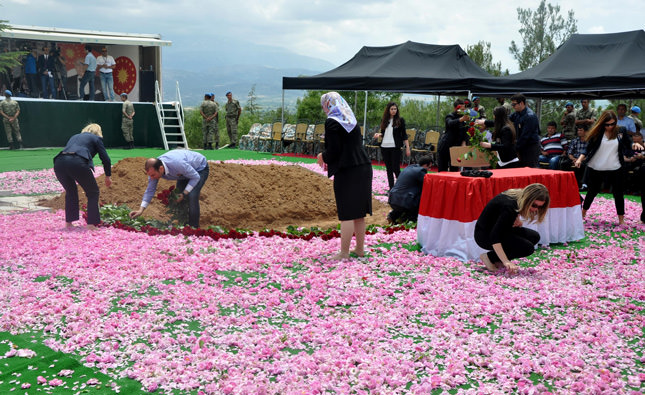 Turkey's 9th president, Süleyman Demirel, passed away at 91 on Wednesday in Ankara. Hospitalized on May 13, Demirel's health condition worsened late on Tuesday.

According to the staff at Güven Hospital where the former president was being treated, Demirel passed away at 2:05 a.m. The cause of death was announced as heart and respiratory failure. 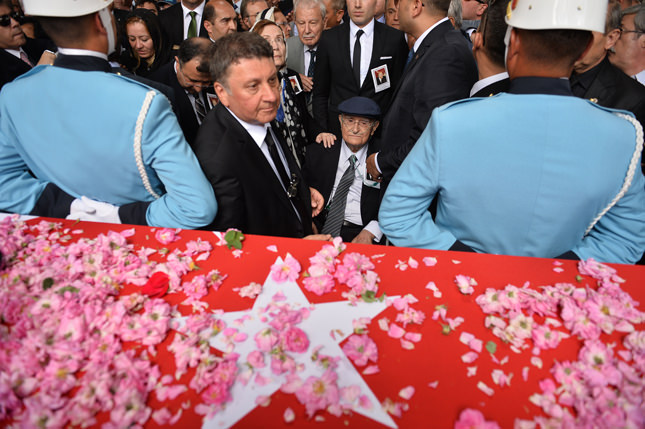 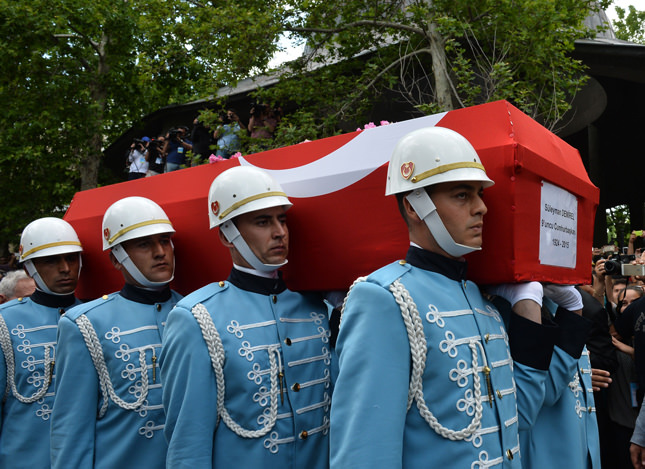 Coming from a peasant background, Demirel worked as a shepherd while attending school, and during his career, he was nicknamed, with both positive and negative connotations, "Çoban Sülo" – Süleyman the Shepherd.
Last Update: Jun 20, 2015 3:19 pm
RELATED TOPICS