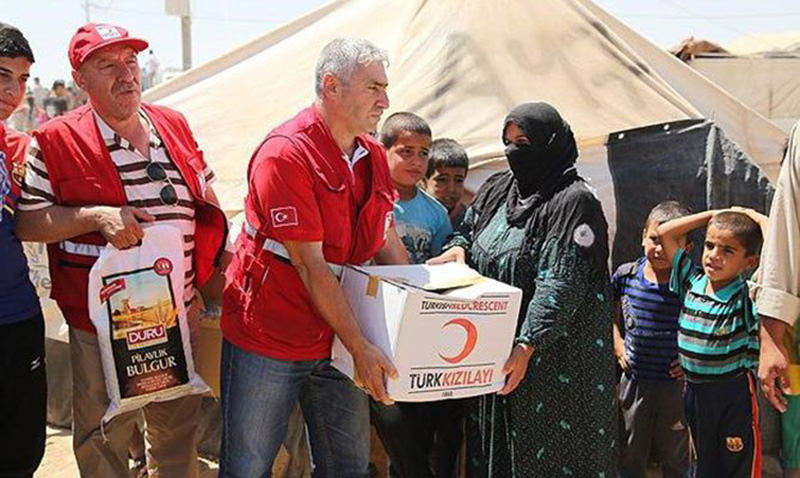 by Anadolu Agency Jun 24, 2015 12:00 am
The Turkish Red Crescent has delivered seven trucks of humanitarian aid to Syria's Idlib province and the Turkmen town of Bayırbucak in the northern Latakia province in western Syria.

Another 1,200 packets of medicine, 402 pieces of medical equipment and 48,000 bottles of water have been sent to Idlib's countryside and Atme village.

Syria has been gripped by violence since the Bashar al-Assad regime launched a crackdown in response to anti-government protests in March 2011, triggering a civil war in which more than 220,000 people have died.

Turkey, which shares a 900-kilometer long border with Syria, has given refuge to more than 1.7 million Syrians, according to the U.N.'s refugee agency, with more people coming in because of ongoing bloodshed in the war-torn country.

The Turkish Red Crescent was established 146 years ago; it is one of the oldest humanitarian agencies in the world that helps people in Turkey and globally during crises or natural disasters.