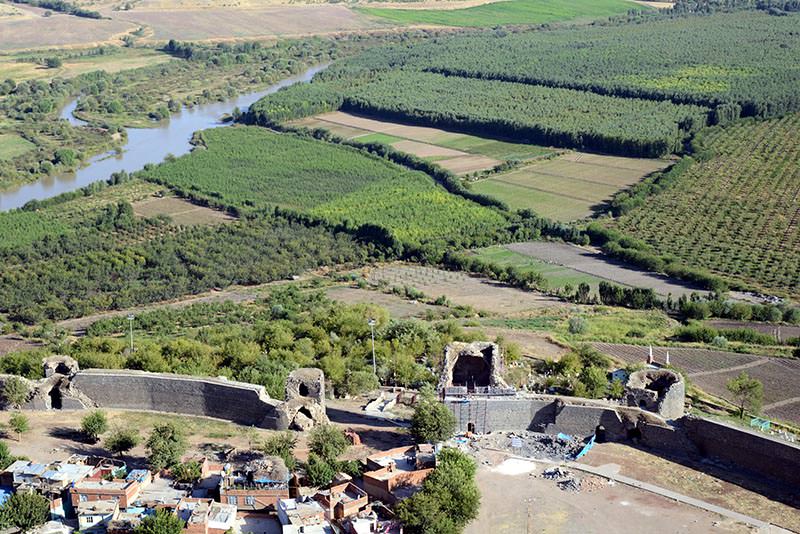 Diyarbakır Fortress and Hevsel Gardens Cultural Landscape along with the ancient city of Ephesus in Turkey have been inscribed on UNESCO's World Heritage list in the German city of Bonn, raising the total number of Turkish cultural assets included on the permanent list to 15.

Diyarbakır Fortress and Hevsel Gardens in Southeatern Turkey were added to the reputable list on Saturday and the ancient city of Ephesus situated in West Turkey in İzmir was finally inscribed to the list on Sunday after a 21 year wait on the tentative list.

The United Nations organization also gave Iran double success with the ancient settlement of Susa, which has a 5,000-year history, and Maymand, with its distinctive dwellings carved into rock, also continuously occupied for millennia.

China's Tusi sites, the remains of an ancient government system for the ethnic minorities in the south and south-west of the country, and the historic sites of Korea's Baekje dynasty also made it onto the list.

Singapore's Botanic Gardens were also named a UNESCO World Heritage Site, the city-state's first such listing and the only tropical botanic garden in the world to make the list.

On Friday, Jordan's historic Christian settlement of Bethany which is the place where John the Baptist baptized Jesus, according to biblical tradition, was adopted by the deciding committee, as was Jamaica's first site, the Blue and John Crow Mountains.

There are currently just over 1,000 World Heritage Sites in 161 countries. The listing encourages the preservation of the sites and also promotes tourism.

The process for the U.N. Educational, Scientific and Cultural Organization (UNESCO) candidacy started in 2000 and has sped up in the past three years. The checkpoints on the path to UNESCO World Heritage status have been reached one by one; books and brochures have been published in various languages and documentaries have been made featuring the UNESCO process.

UNESCO defines the Diyarbakır Fortress and Hevsel Gardens Cultural Landscape as follows: Located on an escarpment of the Upper Tigres River Basin that is part of the so-called Fertile Crescent, the fortified city of Diyarbakir and the landscape around has been an important centre since the Hellenistic period, through the Roman, Sassanid, Byzantine, Islamic and Ottoman times to the present. The site encompasses the Amida Mound, known as İçkale (inner castle), the 5.8km-long city walls of Diyarbakir with their numerous towers, gates, buttresses, and 63 inscriptions from different periods, as well as Hevsel Gardens, a green link between the city and the Tigris which supplied the city with food and water.

Unesco also defined Ephesus as the ancient city situated on the coast of Ionia and dating back to the sixth century B.C., was one of the twelve cities of the Ionian League and the third largest city of Roman Asia Minor.