Brothers cut house in half over inheritance dispute 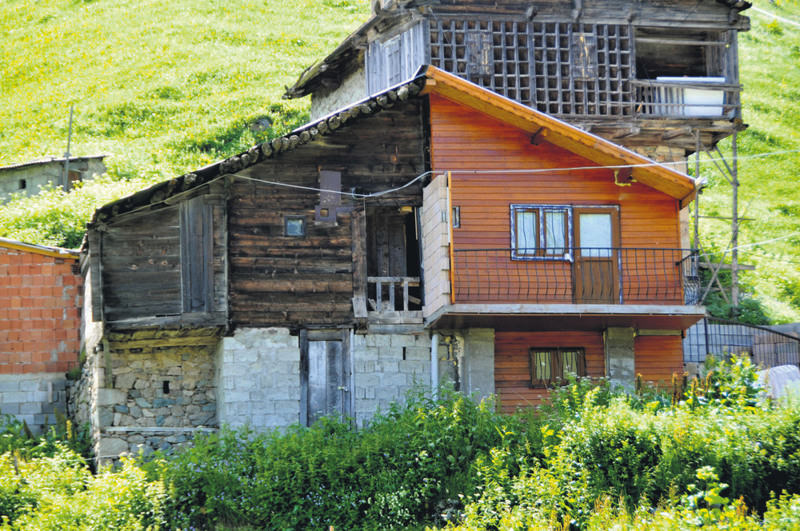 by Daily Sabah with Wires Jul 06, 2015 12:00 am
Two brothers engaged in a dispute over the ownership of a wooden house in the northern province of Rize came up with an inspired solution: Literally cutting the house in two.

Ali and Ahmet Kangel were scratching their heads over what to do with a two-story, 150-square-meter house in a village in Rize's İkizdere district that their father left behind. They first decided to demolish it so that they could build a new house, but they could not agree on the terms of how to share it. Village elders intervened to help the two brothers resolve their dispute. With ideas pouring in, they chose the one that made the most sense to them: Grab an electric chainsaw and cut the house in the middle so that each brother gets 75 square meters. Brothers carefully measured their share of the house and proceeded to cut a vertical line dividing the house in two with the chainsaw. While Ahmet was fine with residing in his part of the house, Ali decided to renovate his part. He meticulously worked to demolish his share and rebuild it from the scratch. The result was one part of the house with a shiny exterior and ancient planks reinforcing the other part of the house.

The house remains an odd architectural feature in the area, though this may change as Ahmet is planning to rebuild his part as well. It remains to be seen whether he would go with the style his brother applied to his part of the house or choose a new concept just for the sake of distinguishing his side.

Rize is no stranger to the ingenious ideas the locals come up with to overcome geographic challenges in a place where slopes are abundant. Still, splitting inheritance in this way is somewhat a novelty for a city that is home to a 165-step staircase cutting through eight floors to reach the entrance of a two-story house built on the edge of a cliff. This was designed by the same builder who placed a wooden bridge connecting two seven-story apartment buildings when he realized there was not enough space to build a fire escape for the two buildings.
Last Update: Jul 06, 2015 9:44 pm
RELATED TOPICS