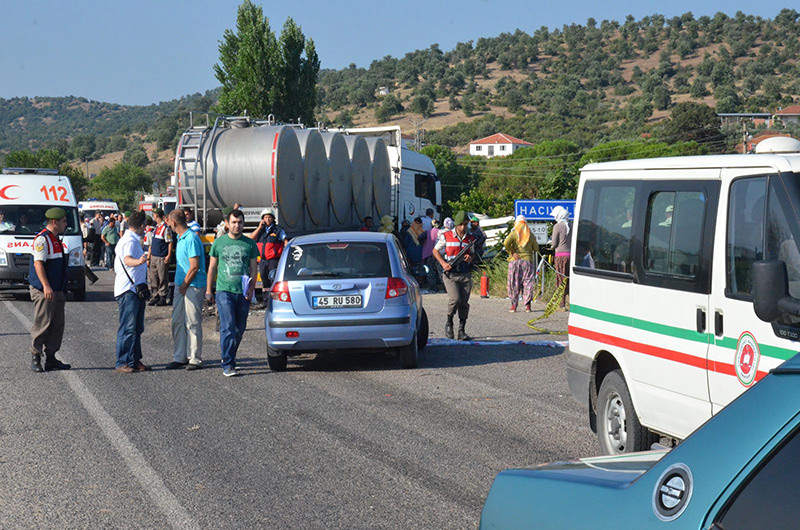 | DHA Photo
by Daily Sabah with AA Jul 06, 2015 12:00 am
A collision between two trucks, one of which was carrying agricultural workers, has killed 15 people, and wounded two in the Aegean Turkish province of Manisa on Monday.

Ambulances and emergency teams have been dispatched to the scene of the accident according to reports.


Police confirmed that there was a crash between an articulated lorry and a smaller vehicle carrying 16 people, all employed in seasonal work picking vine leaves.

Governor of Manisa province, Erdoğan Bektaş, said that among the 15 fatalities were 13 women from the same village, adding that the driver of the lorry-a large, milk-delivery vehicle-may have fallen asleep.

"It seems that the road where the crash happened was wide, straight and clear," Bektaş said.