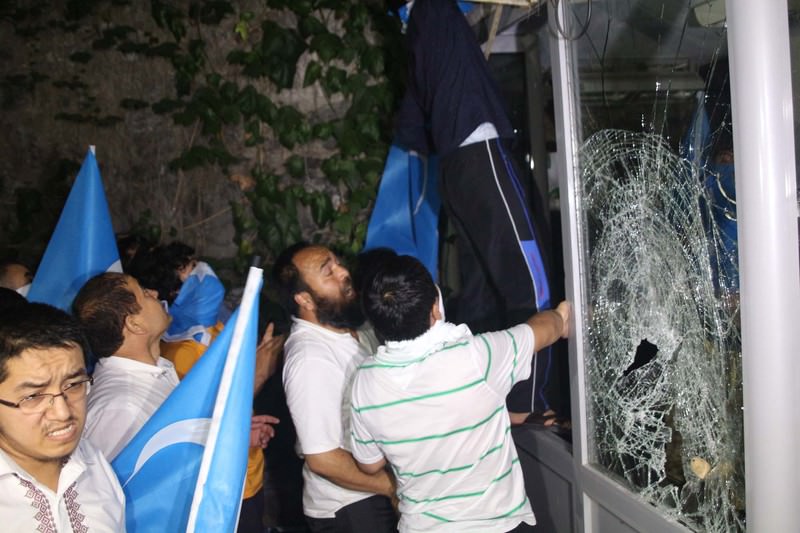 by Daily Sabah Jul 08, 2015 12:00 am
A group of protesters attacked Thailand consulate located in Istanbul's Şişli district late on Wednesday to denounce Thailand's decision to extradite Uighur Turks to China.

The group gathered in front of the consulate to make a press statement around 11.00 p.m. local time but after the statement the protest turned violent as the crowd broke into the consulate building, smashed the windows and lowered the country's flag.

A number of security forces have been deployed to the area and dispersed the group.

The Uighur ethnic group, which constitutes around 45 percent of the population of Xinjiang, a Chinese autonomous region, has accused China of carrying out repressive policies that restrain their religious, commercial and cultural activities.

Some Uighurs have been forced to seek shelter in other countries by the pressures they face in China. Turkey had previously expressed its stance on hosting Uighur asylum seekers when they officially requested Thailand to send Uighur refugees to Turkey and not back to China, where they could possibly face death upon return.