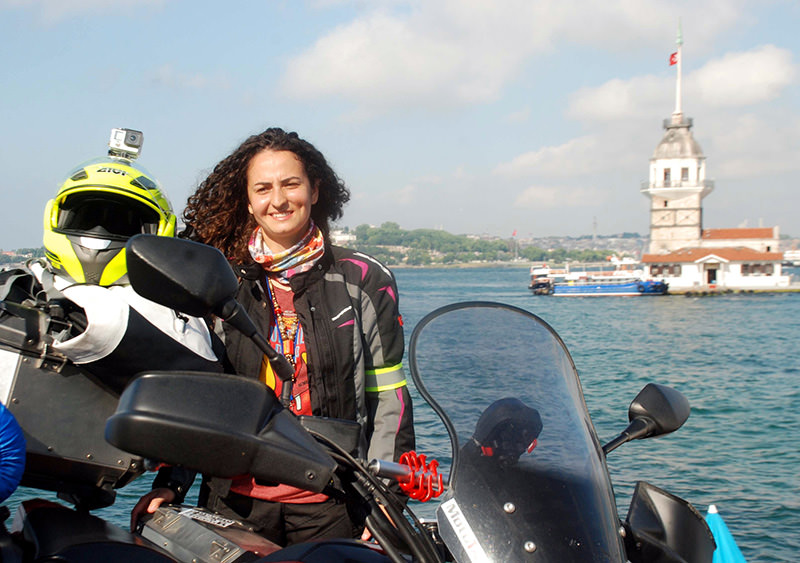 | AA Photo
by Daily Sabah Jul 08, 2015 12:00 am
Turkish academician Asil Özbay will visit a total of 10 countries in 20 days, covering 8,000 km on a motorbike to realize her project "One woman, one motorbike, 10 countries." Özbay said, she will undertake this adventure-full road trip on her own to draw attention to women's issues in Turkey, especially the problem of violence and psychological pressures.

An academician at the sports sciences faculty at Gedik University, Özbay has already hit the road on Wednesday morning. She started her journey from in front of the Maiden's Tower in Istanbul's Üsküdar district.

There is a special reason why Özbay chose Maiden's Tower as her starting point. 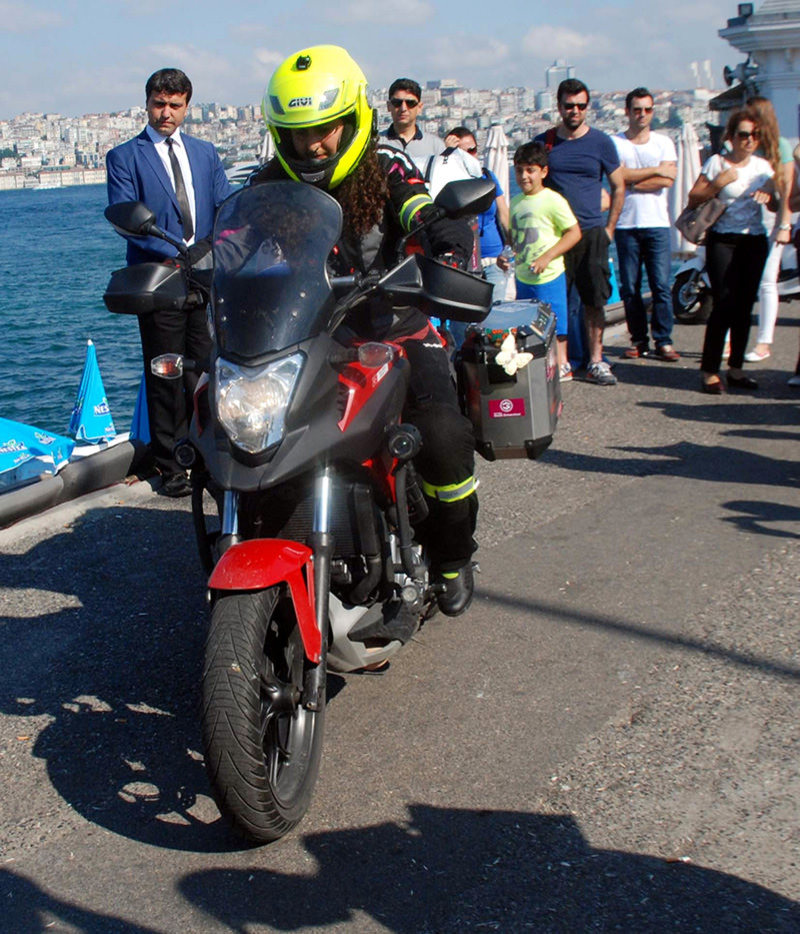 According to a most popular Turkish legend, an emperor had put one day a much beloved daughter in the middle of the Bosporus –in what is now called Maiden's Tower– to protect her from what he believed would be killed by a venomous snake, as was prophesized by an oracle. But, the young princess was anyway, the legend goes, killed by a snake which hid in a basket full or fruits, ironically prepared by the emperor himself. So, in an effort, to show that no matter how one tries to keep women prisoned over claims of what they believe is 'necessary', they cannot succeed in doing so, Özbay chose Maiden's Tower as a "metaphor" for "women's liberation".

She said, "In all legends, all women are either portrayed as captives or unfortunate persons. I wanted to demolish this [image] in myself. Using the metaphor of women's liberation, I determined my starting point as the Maiden's Tower."

Özbay also said, with her project, she aims to show how women's limits are boundless, and they can succeed in whatever they put their minds to, however difficult they are.

The academician's 20-long journey will cover Macedonia, Albania, Montenegro, Croatia, Bosnia-Herzegovina, Slovenia, Serbia, Kosova, and will end at Bulgaria. And there is a vehicle tracking system attached to Özbay's motorbike which will keep her safe during the road-trip.