Last living commander of the 1980 coup, Tahsin Şahinkaya dies at 90 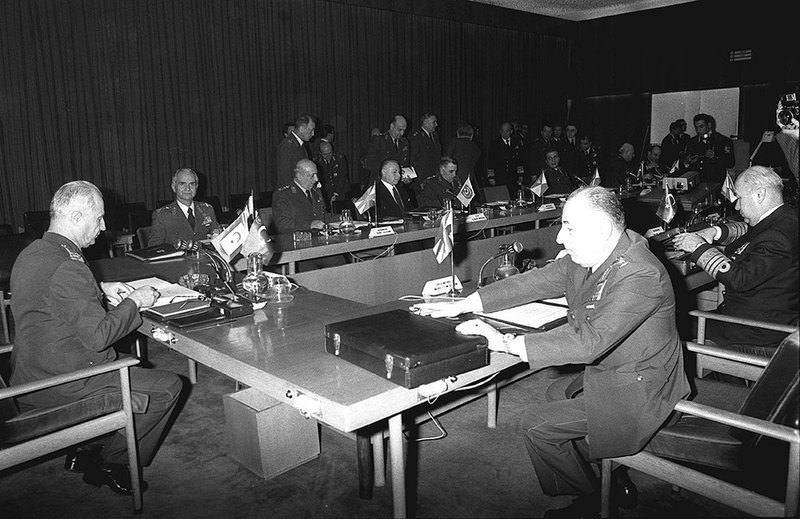 by Daily Sabah Jul 09, 2015 12:00 am
Tahsin Şahinkaya, former Air Force Commander and the last of five commanders who carried out the 1980 coup, passed away at the age of 90 in Istanbul's Gülhane Military Medical Academy Hospital (GATA) on Thursday.

Doctors said the former general had suffered from multiple organ failures due to his old age. Şahinkaya had been getting treatment for various illnesses at Gülhane Military Medicine Academy.

Born in 1925, Şahinkaya was assigned as Turkey's Air Force Commander in 1978. Şahinkaya was one of the masterminds of the 1980 coup d'etat along with Chief of Staff Kenan Evren and three other commanders, who formed the National Security Council (MGK) that ruled the country by suspending the constitution and through decrees until 1983.

The coup, held under the pretext of ending political turmoil in the country, saw leaders of all parties imprisoned and parties banned for years. Through the decisions and practices of the MGK, 50 people were hanged including activists from both left-wing and right-wing movements were hanged between 1980 and 1984 by the coup regime. Hundreds of thousands of people were arrested, and torture under detention was widespread as 300 people died dubiously. A large number of people went missing and were presumed dead after being tortured for their political actions by security forces. Citizenship of 14,000 people were revoked, 98,000 people were convicted for being members of unlawful organizations, 230,000 people were tried in lawsuits and 1,683,000 people were blacklisted, many of whom were fired from their public sector positions.

Şahinkaya and Evren, the only surviving coup leaders at the time, were tried on coup charges after a landmark trial against the coup leaders for the first time in the history of the Republic of Turkey. In June 2014, a court in the capital Ankara sentenced Şahinkaya and Evren to aggravated life sentences on charges of overthrowing the government and ousting Parliament. The sentence was later reduced to life sentences but both generals had avoided spending time in prison as they were already confined to hospitals for several illnesses. The case against the coup leaders, which is currently under consideration by the Supreme Court of Appeals on whether to reduce the sentence or to increase it, is expected to be dismissed with the death of Şahinkaya. Evren recently passed away on May 9, 2015.

Şahinkaya had told the court he did not regret his involvement in the coup, and had rejected accusations that their coup attempt was sanctioned beforehand by the United States – even though Şahinkaya was in the U.S. one day before the coup where he met the then-U.S. chief of staff.

The general, as commander of the Air Force, also faced accusations of bribery from foreign aviation companies during the acquisition of fighter jets for the Army. Şahinkaya had repeatedly denied claims that he amassed great wealth through bribes from various companies in exchange for favoring their products for fighter jets.

Turkey witnessed another coup in 1997 that was later dubbed as the "postmodern coup," for it did not involve direct military intervention. The 1980 coup, however, was the last putsch as it saw tanks rolling out on the street on the morning of Sept. 12 with soldiers forcibly taking over state institutions.