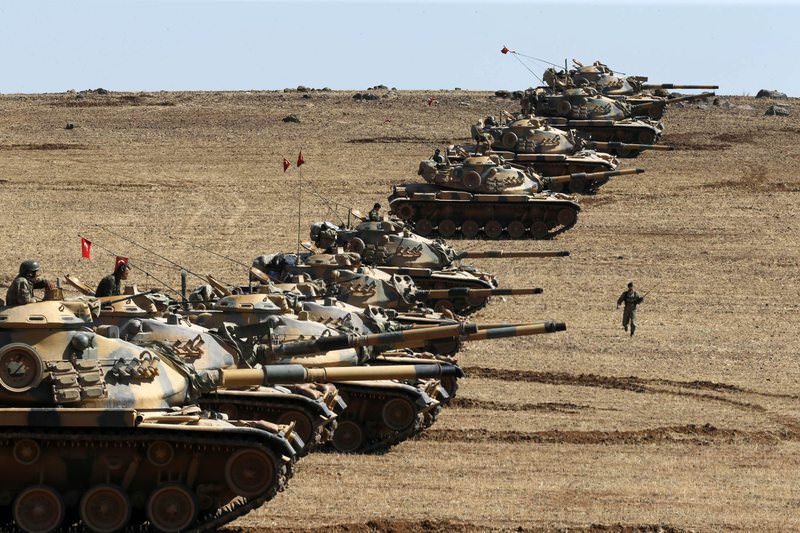 | AA Photo
by Daily Sabah Jul 10, 2015 12:00 am
Turkish officials have released data on Friday showing Turkey's solemnity on fighting against terrorist organizations which have been on the rise lately in Syria.

Recognizing the self-proclaimed Islamic State of Iraq and al-Sham (ISIS) as a terrorist organization on 10 October 2013, according to statistical data from The Prime Ministry, Turkey has expelled over 1500 suspected ISIS members and barred over 15,000 people from 98 countries from entering Turkish soil to this day.

Turkish security forces have been working meticulously on the matter of ISIS-affiliated incidents and suspects. Since January 2015 the number of individuals related to ISIS or in cooperation with the terrorist organization has risen to 500. In addition, on July 10 2015, 29 alleged ISIS members were arrested under the charge of "directing citizens of European countries seeking to join ISIS operations to Syria and Iraq". The official data also shows that about a 100 individuals have also been convicted over terrorism charges by Turkish courts.

The measures taken by Turkish security forces-and Turkish Armed Forces in particular- have prevented the overwhelming influx of refugees and have tightened security at the country's borders.

Turkey shares a 1,300-kilometer border with Iraq and Syria, which is a challenge to control. Acting in coordination with the anti-ISIS coalition, Turkey has done its part in the fight against ISIS. Within the scope of tighter security measures, the Turkish Land Forces Command has been ordered to patrol the land border 24 hours a day with drones and reconnaissance aircraft.

Furthermore, it has installed lights on a 270-kilometer stretch of the Syrian border; renewed a 1,210-kilometer patrol route; has dug 363 kilometers of trenches and built 90 kilometers of wire fences, 68 kilometers of embankments and 7 kilometers of concrete walls. Also, more than 48,000 border crossings were intercepted and 175,000 people were caught since the start of the Syrian civil war in 2011, reported the security forces.

Turkey has maintained an open border policy throughout Syria's conflict, absorbing close to two million refugees, but requires legitimate refugees to pass through checkpoints and be documented.