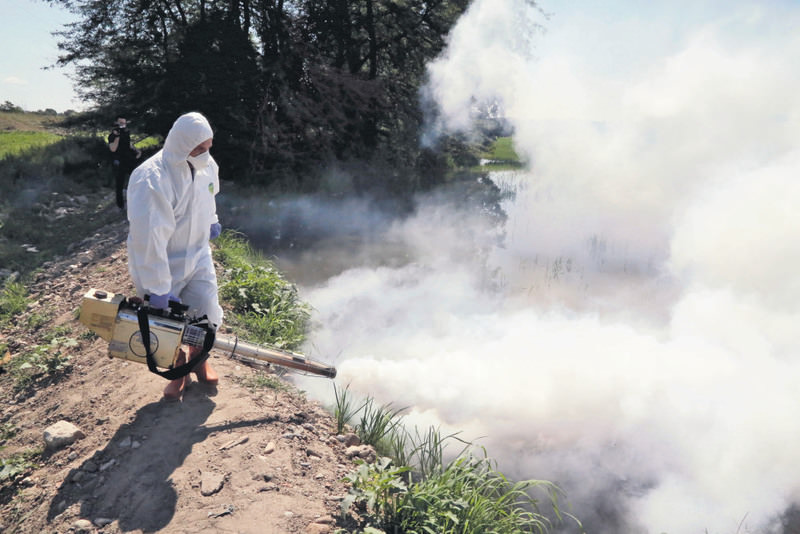 by Daily Sabah with AA Jul 15, 2015 12:00 am
Failing to pay its debts, Greece may be a neighbor that has fallen on hard times, but the Turkish public sympathizes with Greeks who have to negotiate with their lenders under harsh terms. For Edirne, the northwestern city that borders that country, Greece is where the ubiquitous mosquitoes come from. Apparently, to cut costs in the face of the steep financial crisis, Greek authorities ordered trucks that spray against mosquitoes in border towns to halt.

At least this is the case according to Edirne Deputy Mayor Ertuğrul Tanrıkulu, who blames the Greeks for the increase in the number of mosquitos. Edirne municipality workers have stepped up anti-mosquito spraying in areas near the border, as a midsummer influx of mosquitoes pesters the population.

"The crisis in Greece increased the mosquito population in Turkey. Spraying against mosquitoes should be a joint operation [in border towns]. As far as we know, our Greek friends were unable to spray properly for the past five years because of the crisis. So, the mosquito population swelled. Mosquitos do not discriminate between Turks and Greeks, as they bite both. This is why we need to join forces to fight them," Tanrıkulu said.

The good news is that five years of mosquitoes invading Turkey from Greece may be coming to an end as the Greeks have pledged to resume spraying. Tanrıkulu said aerial spraying of paddy fields in a region in Greece near the border would be conducted on Thursday.
Last Update: Jul 15, 2015 7:45 pm
RELATED TOPICS