Bread to be enriched for health 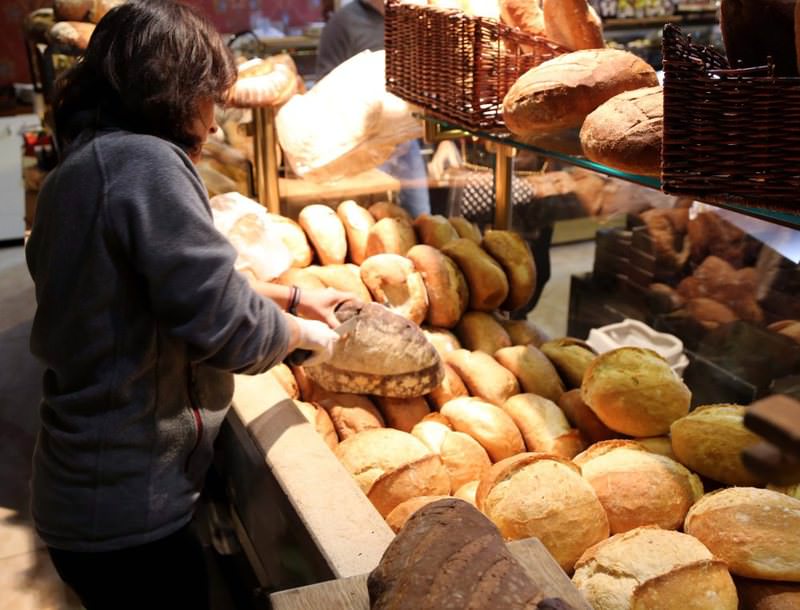 by Burcu Çalık Jul 16, 2015 12:00 am
Traditional Turkish white bread will be enriched with folic acid, iron and zinc as a precaution against disabilities stemming from vitamin deficiencies.

The move to make bread, ubiquitous on Turkish tables, healthier comes after decreasing its amount of salt.

The addition of folic acid aims to prevent spina bifida in children and other spine-related conditions. No date has been set for the introduction of the vitamin supplements. It is part of a greater action plan by health authorities to decrease the prevalence of disease-related disabilities in the country. Bread as probably the most consumed food was chosen as it is the most accessible foodstuff in the country. Consumption of modified bread is particularly important for women in the first trimester of pregnancy and children, two groups at risk.

Anemia is another disease that the addition of folic acid, iron and zinc targets. It is prevalent in as many as half of children from newborns to five-year-olds and postpartum women.

According to World Health Organization data, 7 million children die of undernourishment every year in the world while an average of 807,000 children suffer from developmental disorders due to insufficient vitamin A, zinc and other dietary needs.

Fighting diseases through manufactured food is among the goals of Turkish government.

The Health Ministry had already decreased the sodium level of bread from 2 percent to less. Decreasing salt in various foods ranging from sausages to tomato paste is also being consideration.

Along with salt, the government is determined to decrease sugar consumption, although with somewhat milder measures, including a recently announced plan to introduce one sugar cube instead of the traditional two cubes while serving tea in public buildings.
Last Update: Jul 16, 2015 10:23 pm
RELATED TOPICS