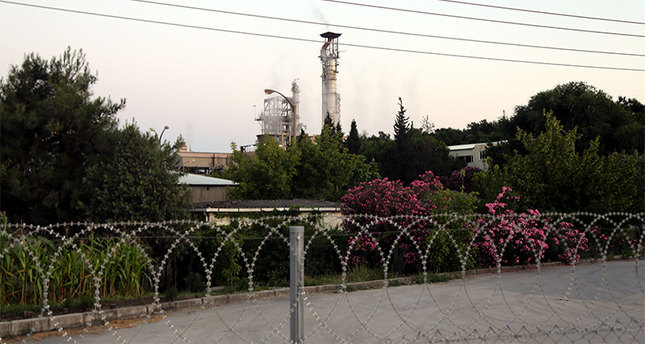 by Anadolu Agency Jul 19, 2015 12:00 am
An explosion at a fertilizer factory in the western province of Bursa early yesterday killed one worker and injured another. The explosion in the Gemlik region of the province occurred at 1:45 a.m. and created panic in the surrounding region. The sound of the explosion was heard 10 to 15 kilometers away, reports said. The injured worker, Mustafa Karakol, was isolated for fear of chemical contagion before being sent to a local hospital for treatment. Doctors said Karakol was stable and would undergo surgery to remove a piece of rock lodged in his head.

Search and rescue teams from the Prime Ministry Disaster and Emergency Management (AFAD), AKUT search and rescue association and civil defense department arrived at the factory to find a worker reported as missing. Authorities also took precautions against a possible chemical leak.

After a four-hour search by the teams, missing worker Uğur Çavdar's body was found. The explosion occurred at a stairway where the factory's steam boilers are located and Çavdar was killed under the collapsed rubble after falling three stories. The deceased worker's father reportedly retired from the same factory.
Initial reports indicated that the cause of the accident was increased gas pressure in one of the boilers. The Gemlik Prosecutor's Office has initiated an investigation into the accident.