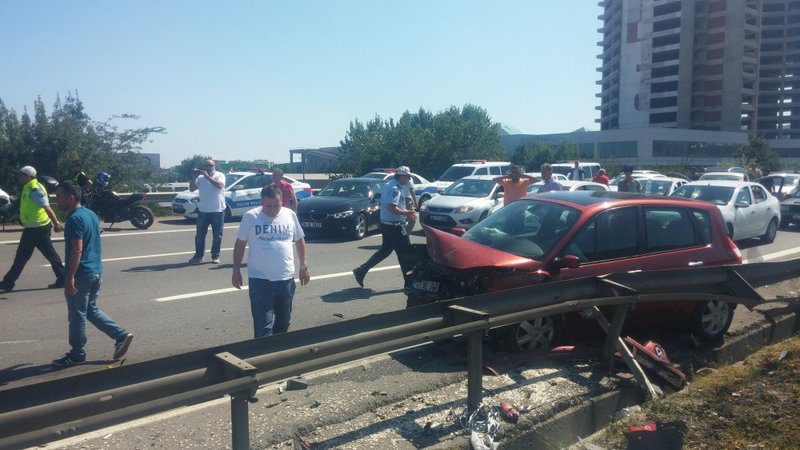 by Daily Sabah with Wires Jul 19, 2015 12:00 am
Starting from last Wednesday, 66 people died, 336 got injured in traffic accidents in the last four days across Turkey, as an estimated 7 million travelers hit the roads to seize the opportunity of an almost weeklong holiday of Eid al-Fitr.

The accidents that took place on the first day of the religious holiday have caused the death of 16 people, including a 7-year-old boy in the Central Anatolian province of Kayseri and two Syrian refugees in the province of Çanakkale.

The death toll in the previous Eid al-Adha, the Muslim festival of sacrifice in October, was 68 and 367 were injured. An average of 12 people were killed on each day of the previous holiday.

Accidents during the holiday season are commonly caused by the violation of traffic safety rules in the country and the drivers' inability to adjust the speed of their vehicle according to the varying traffic conditions, but experts say that casualties may be minimized with a few safety tips such as not getting behind the wheel in a state of drowsiness and also taking short naps on long trips.

Traffic accidents claimed over 3,500 lives last year and the death toll was especially high over holidays such as Eid al-Fitr and Eid al-Adha. In sermons delivered before Eid prayers on Friday, imams raised awareness on traffic safety.

The authorities expressed concern over a possible increase in the death toll yesterday when people will rush back home before the end of the holiday.
Last Update: Jul 19, 2015 9:42 pm
RELATED TOPICS