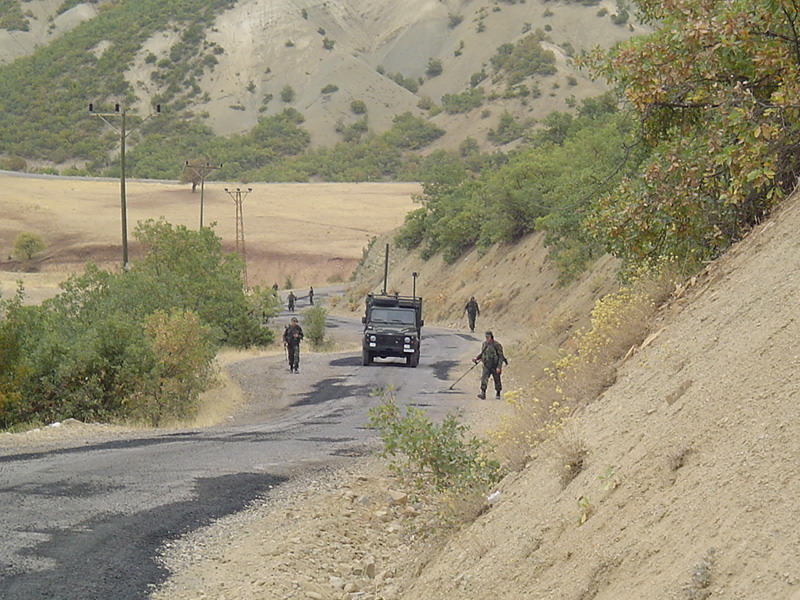 Gendarmerie units were performing a routine road check 15 km away from Tunceli's city-center at the time of their finding. When the gendarmerie discovered the bomb, they immediately notified the Tunceli provincial gendarmerie command, from where multiple armored cars and bomb squad teams were dispatched to the area.

The bomb, a remote controlled one, was eventually defused by the expert teams.

Although who planted the bomb is not yet clear, planting bombs or mines on roads where Turkish security forces patrol is a frequent method used by the outlawed PKK terror organization especially since mid-1990's when Turkey drastically increased its defense spending and special units for unconventional warfare. PKK also has an active and sizeable presence in the mountainous province.

Since then, PKK dropped its ground control strategy and started using hit and run tactics, along with attacks in urban areas.