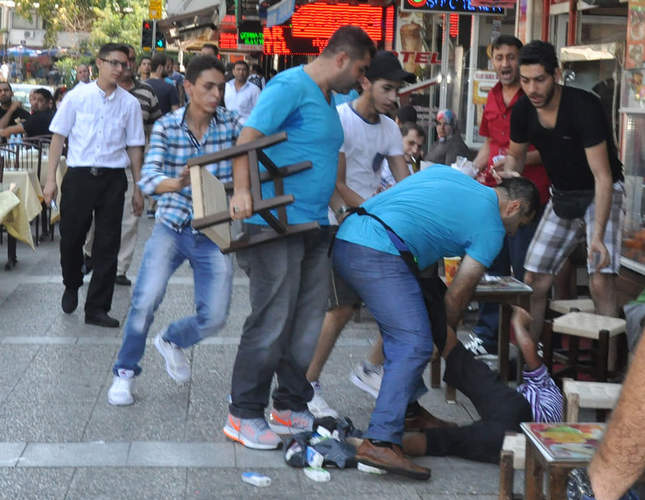 | DHA Photo
by Daily Sabah Jul 22, 2015 12:00 am
A complaint has been filed against a Turkish restaurant manager who beat a Syrian boy in the western city of İzmir on Wednesday, two days after the incident.

The Turkish police have found the mother of the boy and convinced her to file a complaint against the restaurant manager.

The boy was selling tissues at a restaurant in İzmir's Basmane Square at the time of the incident. The manager of the restaurant, apparently enraged over the boy approaching restaurant patrons, tried to drag him out, and when the boy resisted, he started slapping him. A passersby intervened, but the man continued hitting the boy who fell on the ground and crawled under the tables in front of the restaurant to escape the blows. 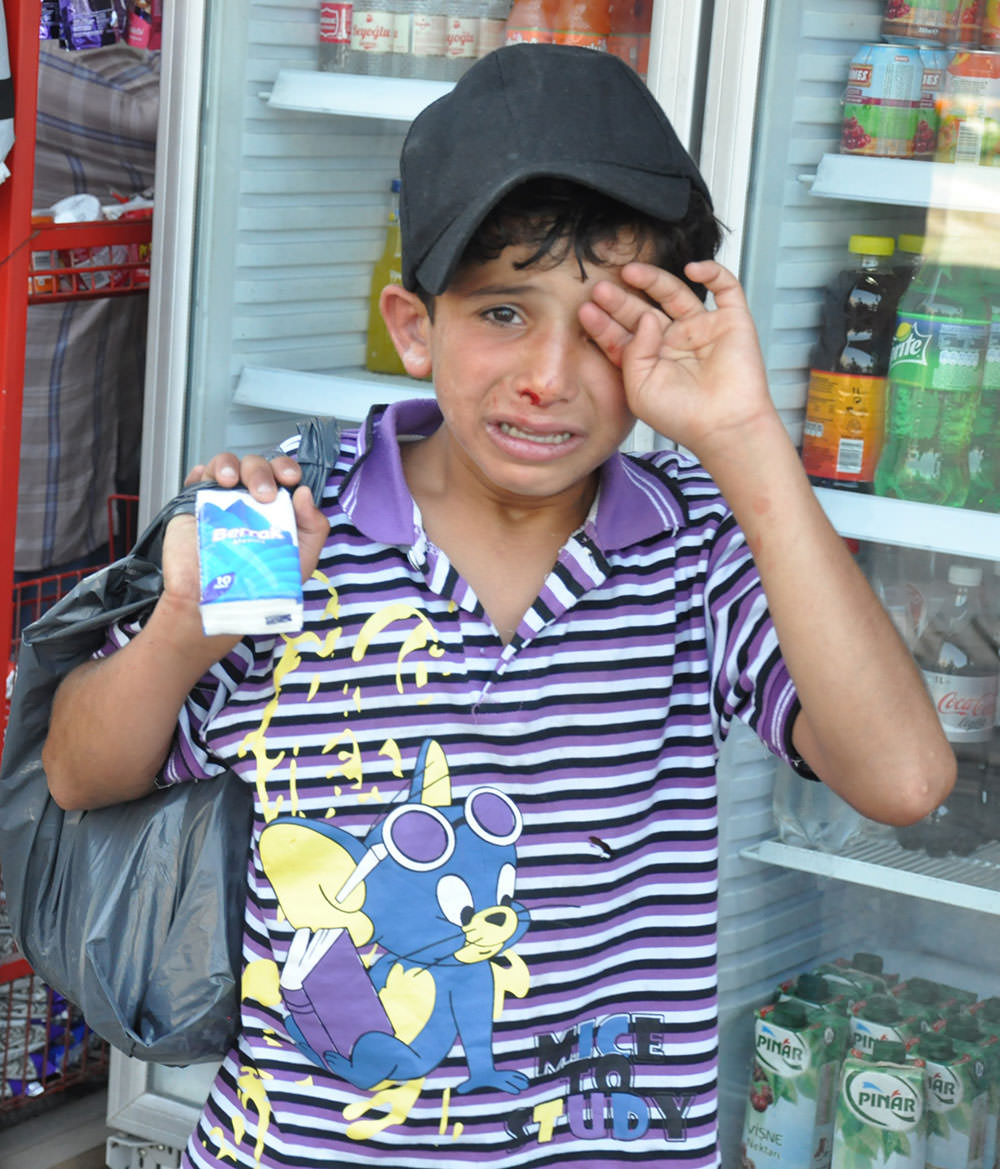 The blatant display of xenophobia mobilized İzmir police forces, which found the boy and the mother after two days of searching. The mother has then been persuaded to file a complaint against the restaurant manager.

"As soon as we heard [of the incident], the teams started looking [for the boy who had left the scene of the incident]," İzmir Police Commissioner Celal Uzunkaya reportedly told Doğan news agency.

After two days of searching, the teams found the boy as well as his mother, Uzukaya said. The teams then helped the family file a legal complaint against the restaurant manager.

"Also, we have started to take the necessary steps to help the boy and the mother," Uzunkaya added.

İzmir's Basmane district is heavily populated with Syrian migrants who want to cross into Europe illegally via the Aegean Sea. Most of them are impoverished and stay in parks. They turn to begging or selling tissues to earn a living.

Turkey hosts over 1.8 million Syrians displaced by four years of conflict in its southern neighbor. Only a small fraction of them are accommodated in tent camps in southern Turkey, while poor Syrians are forced to squat in abandoned buildings and other places. Though the Turkish public in general has an embracing approach toward Syrians, sporadic cases such as the one in İzmir occur due to a worrying xenophobic sentiment toward Syrians who are viewed as a financial burden on Turkey.