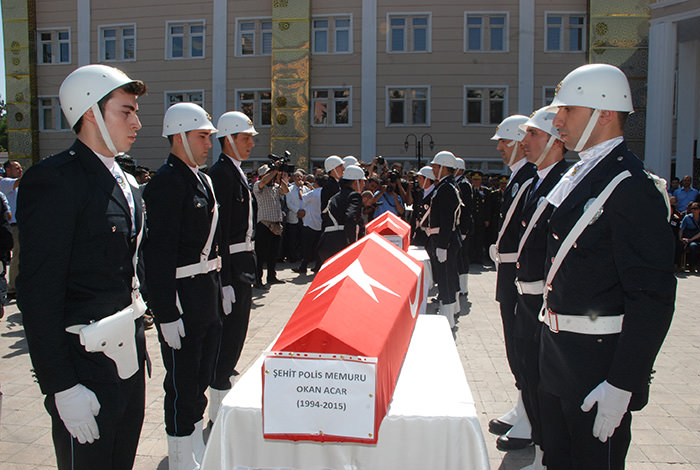 by Daily Sabah Jul 23, 2015 12:00 am
Provincial Police Anti-Terror Branch teams have detained three suspects on Thursday in relation to the killings of two police officers on July 22 in Şanlıurfa's Ceylanpınar district.

Three suspects were detained as part of an investigation launched simultaneously in the Bahçelievler neighborhood, where the officers Feyyaz Yumuşak and Okan Acar lived. The investigation was also conducted in other areas.

Some documents were also seized in the house of the suspects for investigation.

The killing of two officers came after the deadly suicide bomb attack in Şanlıurfa's Suruç district that resulted in death of 32 civilians and injured more than 100. The outlawed terrorist organization PKK had claimed the responsibility for the killings of the two officers on Wednesday.
Last Update: Jul 23, 2015 12:45 pm
RELATED TOPICS