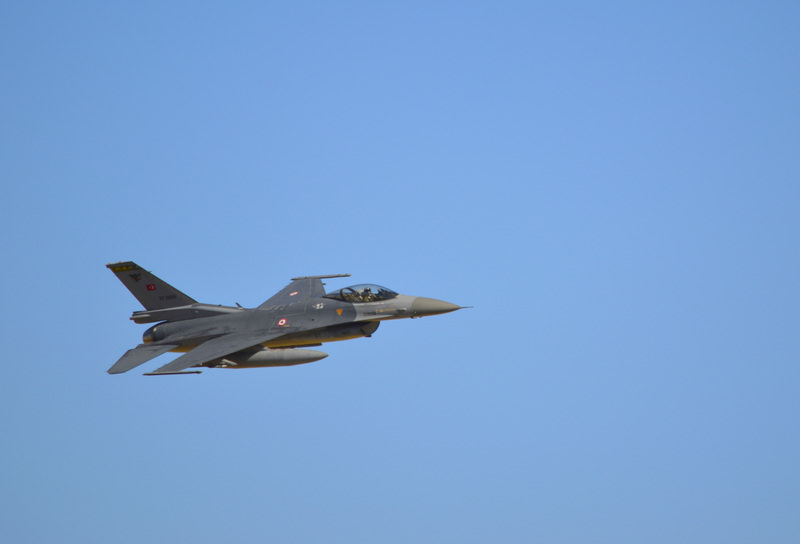 by Daily Sabah with DHA Jul 24, 2015 12:00 am
The Turkish military carried out airstrikes against the self-proclaimed Islamic State (ISIS) in Syria for 13 minutes early Friday, killing at least 35 militants and destroying two ISIS headquarters and one rallying point with guided missiles.

Three F-16 fighter jets took off from the south-eastern Diyarbakır 8th Main Jet Base at 3:12 a.m. and hit two ISIS headquarters and one rallying point inside Syria with guided missiles from 3:40 a.m. to 3:53 a.m., Turkish Prime Minister's Office said in a statement.

The operation was named after Yalçın Nane, a non-commissioned military officer who was killed during Turkish army's first gunfight with ISIS on the border in the province of Kilis on July 23.

ISIS targets were located near the Havar village of Syria, which is locatedacross Turkey's Kilis province on the border. The Turkish jets launched their missiles from Turkey, without entering the Syrian airspace, according to the statement.

The decision was taken at a special security meeting in Ankara late July 23, hours after the clash on the border.

"The state of the Republic of Turkey is decisive in taking any precaution to safeguard its national security" the official statement confirmed the airstrikes on July 24, adding that the Turkish F-16s returned to their bases at 4:24 a.m.

The Turkish Armed Forces (TSK) had announced that five armed terrorists opened fire at a border military outpost on the Syrian border on July 23 and killed one non-commissioner officer, while wounding two troops. As a result of Turkish retaliation, one ISIS terrorist was killed and three ISIS vehicles were hit.