US aircraft makes emergency landing in Incirlik Air Base 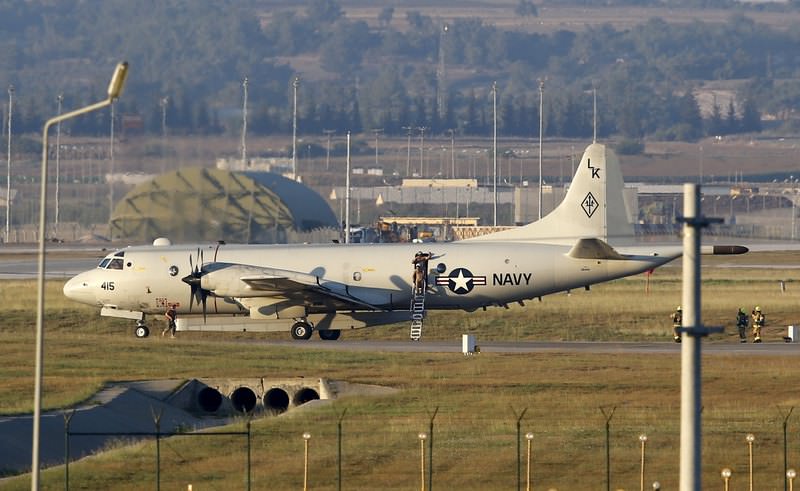 A Lockheed P-3 Orion, the anti-submarine and maritime surveillance aircraft of the U.S. Navy, made an emergency landing in Turkey's Incirlik Air Base in Adana at 19:00 p.m. on Saturday.

The fire brigade and ambulances surrounded the aircraft immediately upon its arrival in the Air Force Base.

After the engines were stopped, officials came to examine the aircraft.

Because of the emergency landing another aircraft's scheduled landing had to be postponed.

Approximately after an hour of examination, the aircraft was taken to the edge of the runway.