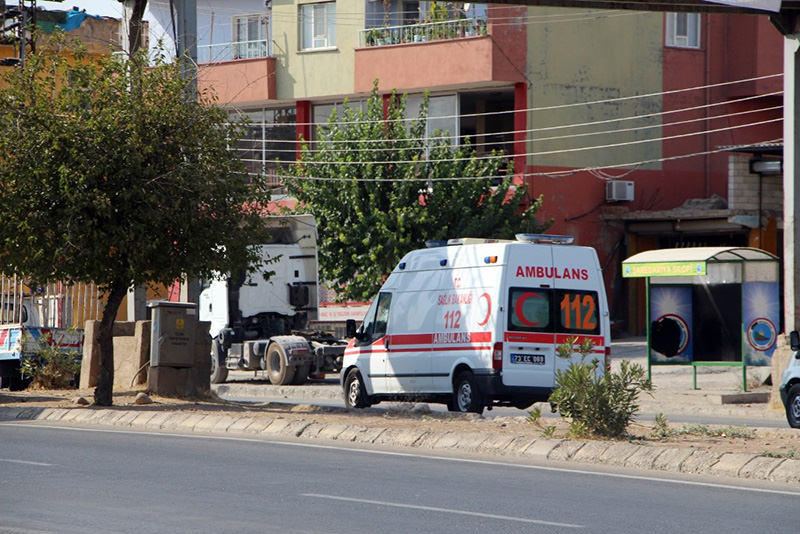 | IHA Photo
by Daily Sabah Aug 04, 2015 12:00 am
One soldier was killed and another injured on Tuesday after PKK terrorists attacked a brigade command in Turkey's southeastern district of Silopi in the Şırnak province.

The soldiers were reportedly on sentry duty at the time of the attack in which the PKK terrorists fired ballistic missiles. The incident is said to have taken place around 3.30 p.m. at the 172nd Armored Brigade Command.

The PKK terrorists fled the scene following the attack.