Court’s decision on Presidential Palace has been distorted: presidential sources 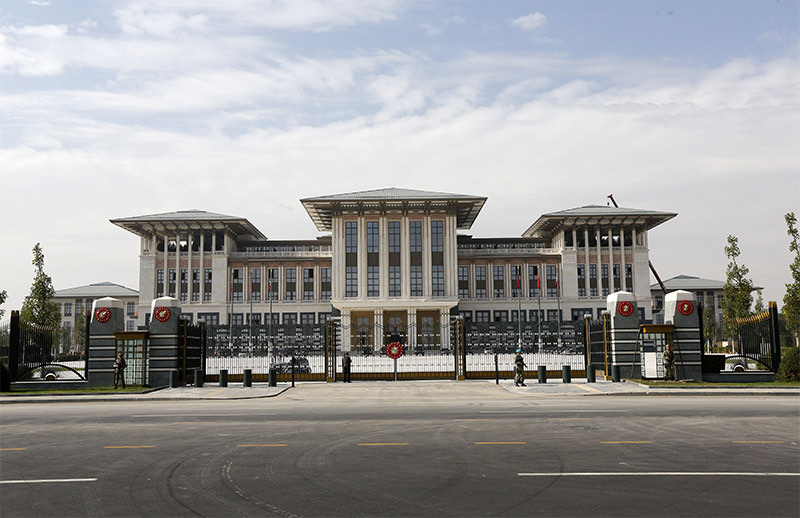 |AA Photo
by Daily Sabah Aug 04, 2015 12:00 am
Construction of the Presidential Palace in the Turkish capital Ankara is lawful and any other allegations that it is not, is distorting the court's decision for purposes of defamation campaign, said Turkish presidential sources on Monday.

The presidential palace has been built in a wooded area within the Atatürk Forest Farm in Ankara. On May 26, the Council of State has overturned a decision which allowed the construction of public buildings on some preserved sites, therefore raising some questions as to the current situation of the Presidential Palace.

The compound in Ankara's Beştepe district was opened in December 2014 in the Atatürk Forest Farm, a vast area of greenery and farm established by the founder of the Republic of Turkey, Mustafa Kemal Atatürk.

Since its opening, the complex has been targeted by critics of President Recep Tayyip Erdoğan. An association of architects spearheaded the campaign by frequently issuing statements denouncing the astronomical costs of everything from cutlery to furniture in the palace. The presidency has repeatedly denied the claims while the association failed to provide evidence of the costs.

Lashing out at critics, Erdoğan dismissed claims of the high expenses of the palace and said he was merely a temporary occupant of the complex "which belongs to the nation, not the president." Erdoğan challenged critics to offer solid proof of the alleged high costs. He invited Kemal Kılıçdaroğlu, chairman of the Republican People's Party (CHP), to visit the compound after he claimed the palace has golden toilet seats so that he could inspect the restrooms. Kılıçdaroğlu later retracted his remarks.