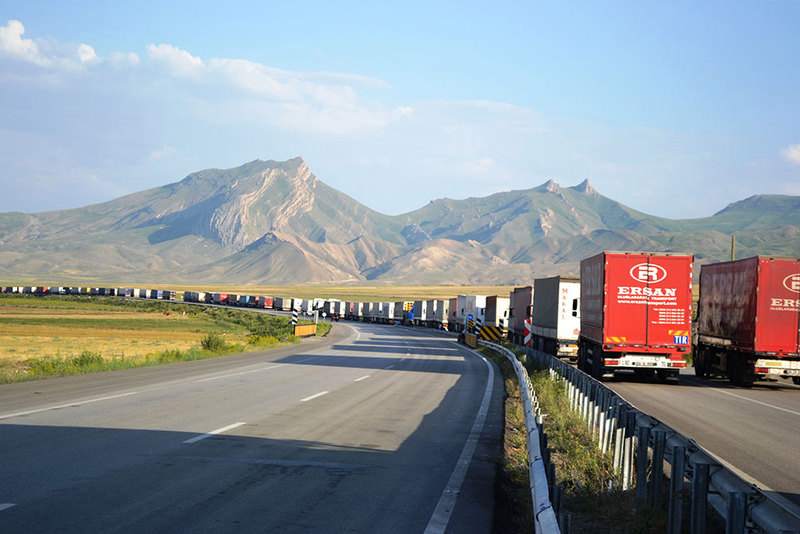 by Compiled from Wire Services Aug 04, 2015 12:00 am
As Turkish media outlets reported that Iran's police chief General Hossein Ashtari announced that the country's northwestern border with Turkey is temporarily sealed off through a decision of Supreme National Security Council (SNSC) due to terror attacks in the past two weeks, speaking to Daily Sabah a source from Turkey's Ministry of Foreign Affairs dismissed the reports and said that the border with Iran is open.

Iran's Foreign Ministry has only issued a warning to its citizens travelling to Turkey's southeastern provinces to be careful, the source said.

The reports by Turkish media outlets based on Iranian Tasnim news agency claimed that Ashtari stated that the reason behind SNSC's decision seems to be the terror attacks in Turkey in the past two weeks.

It was not made clear in Ashtari's statement whether all three border gates between Iran and Turkey were closed.

Since the Suruç bombing that took 33 lives on July 20, Turkey launched a nationwide counterterrorism operation on groups such as ISIS, the PKK and the DHKP-C, which have seen over 1,300 suspects detained in 39 provinces since July 24.

Furthermore, Turkey is also conducting cross border operations against PKK and ISIS targets. In return, the PKK retaliated with hit and run attacks against Turkish security forces in eastern and southeastern parts of the country.