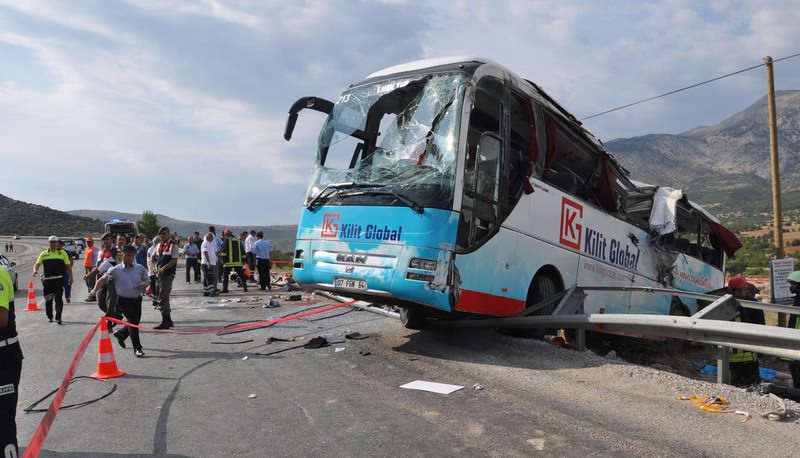 A tour bus skidded and rolled over on its way from Denizli, Pamukkale to Antalya in southeastern Turkey on Thursday. Four people died and dozens were injured in the accident.

After the investigation, Denizli Police Chief Hüseyin Namal said in a statement to reporters that the accident occurred because of heavy rainfall and slippery road.

"The tour bus carrying tourists, somersaulted and hit the barriers after it skidded on the road. 38people including three bus attendants were injured. Four passengers lost their lives in the accident, according to initial reports. The status of three of the injured are critical," said Namal.