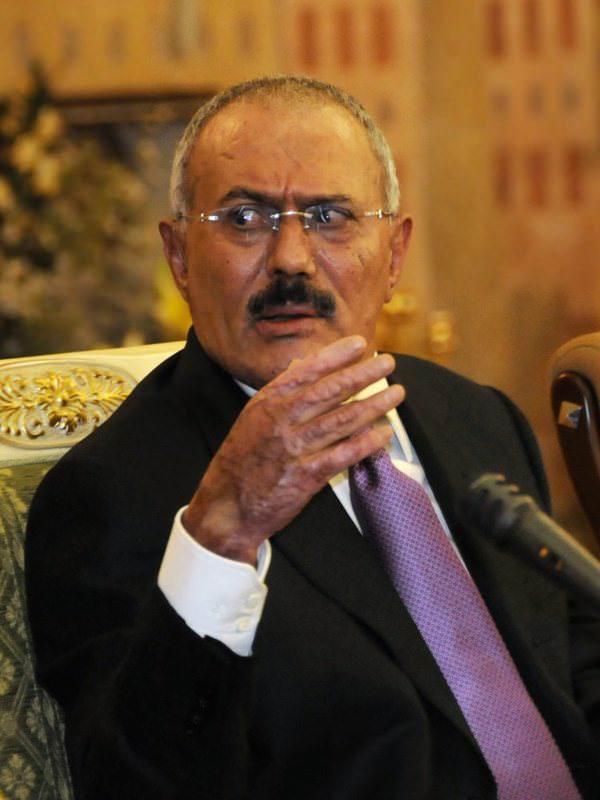 by Daily Sabah with AFP Aug 08, 2015 12:00 am
Turkey officially froze assets, if any, in the country belonging to former Yemeni President Ali Abdullah Saleh, his son and three leaders of the rebel Houthi movement. The decision, which was published in the Official Gazette on Friday freezes any assets, bank accounts and safety deposit boxes Saleh, his son Ahmad Ali Abdullah Saleh, and Houthi leaders Abdulmalik al-Houthi, Abdullah Yahya al-Hakim and Abd al-Khaliq al-Houthi might have in Turkey and will be in place until Feb. 26, 2016.

Saleh, who ruled Yemen for 33 years before being forced from power in 2012 after a bloody year-long uprising, threw the support of his loyalists in the army behind the Houthis.

He was accused of aiding the Houthis to undermine U.N.-backed President Abedrabbo Mansour Hadi in February.

A Saudi-led coalition began a campaign of airstrikes against the Houthis and their allies in March after the insurgents seized Sanaa and then advanced south, forcing the government to flee to the Saudi capital Riyadh.

Turkey supports Saudi Arabia's intervention in Yemen, though only verbally, but urges a political solution to end the conflict.
RELATED TOPICS