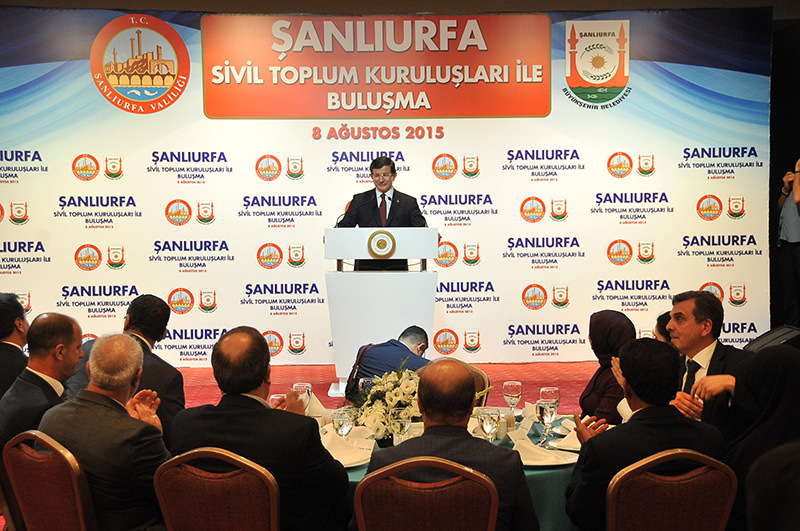 |AA Photo
by Daily Sabah Aug 08, 2015 12:00 am
As if someone pressed a button, ISIS, PKK and DHKPC terror organizations, all at once stepped into action. This is what Prime Minister Ahmet Davutoğlu said during his meeting with non governmental organizations in Turkey's southeastern Şanlıurfa province.

Davutoğlu pointed out how all three terror organizations share a single objective: to carry Turkey into a fight with each other. "We are standing here until doomsday," he said, stressing that Turkey will not give up against terrorism.

Davutoğlu said that his party tried not to damage the peace process with Kurds although it was exploited. But, he said "They believed we will remain silent."

Davutoğlu said the call of pro-Kurdish HDP co-chairman Demirtaş to lay down arms was a right call, but noted that he should also urge all armed groups to leave Turkey.

Prime Minister said "When it comes to public order, we will not negotiate anything with anyone. Our governors will take all precautions."
Last Update: Aug 08, 2015 11:17 pm
RELATED TOPICS