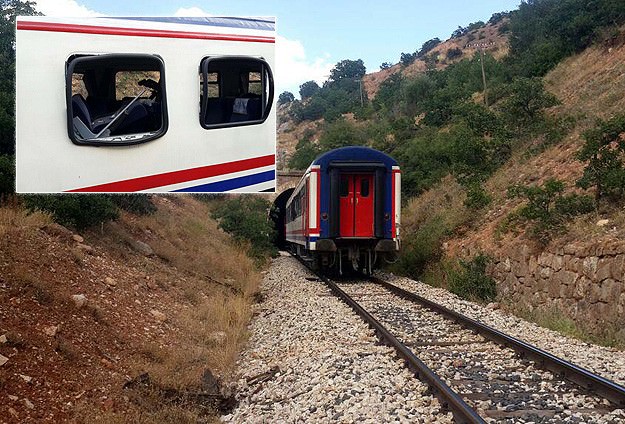 | AA photo
by Daily Sabah Aug 09, 2015 12:00 am
Two train passengers were injured on Sunday after there was an explosion on the railway of the train operating between Turkey's eastern province of Erzincan and central district of Divriği in Sivas.

Some of the carriages of the train were also reportedly damaged in the explosion.

There were 60 passengers on the 11-wagon train, one of whom went into a shock following the explosion, whereas another was injured in his leg. Kahraman further added, the incident was "terror-related".