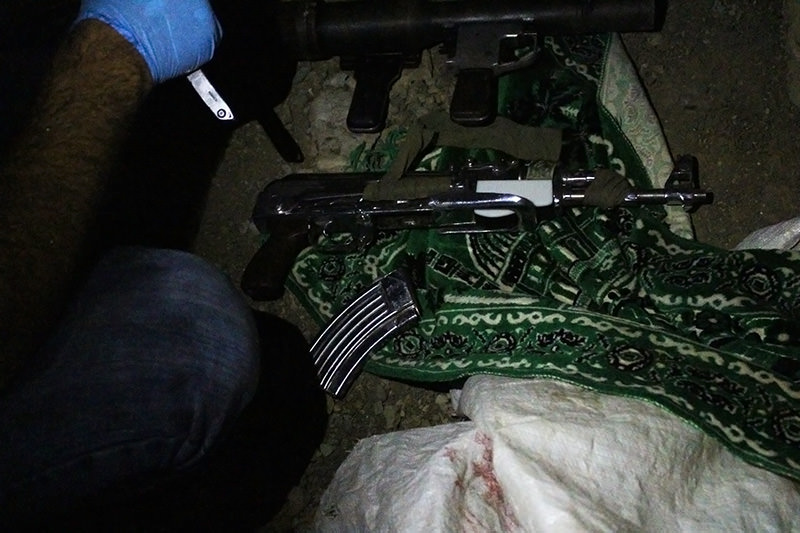 |AA Photo
by Daily Sabah Aug 16, 2015 12:00 am
Security forces on Sunday uncovered an arms cache in a mosque in Turkey's south-eastern Mardin province, according to police sources.

Weapons, including several assault rifles, one grenade launcher and petrol bombs, were found at the Hacı Şemsettin Yusma mosque in Nusabayin, a town on the Syrian border of Mardin province.

According to the sources who spoke on condition of anonymity, the stash was hidden by supporters of the PKK terror organization and was discovered as police conducted searches following an explosion that injured two police officers on Friday.

Documents related to the PKK - listed as a terrorist organization by Turkey, the EU and U.S. - were also found.