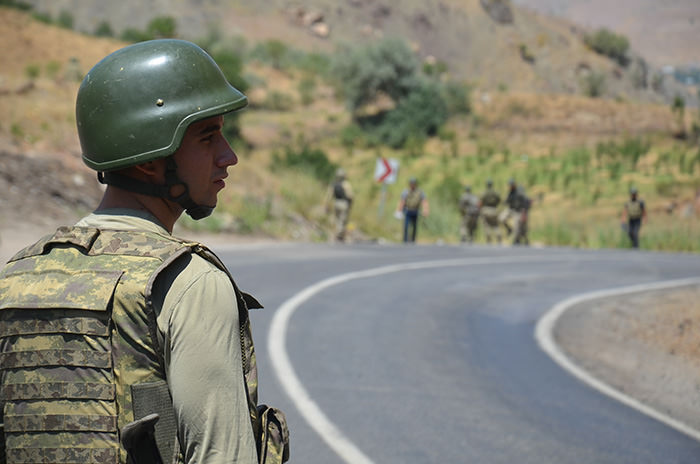 |AA Photo
by Daily Sabah Aug 21, 2015 12:00 am
Turkey's security forces on Friday have killed five PKK terrorists who were caught as they were placing a handmade explosive on the road in Kamışlı village of Yüksekova district in Turkey's southeastern Hakkari province.

The Turkish Armed Forces announced the operation and the killings of the terrorists through their website. During the operation, Turkish security forces clashed with PKK terrorists, killing five terrorists while also finding a second handmade explosive planted in the area. Both explosives were defused by a bomb squad as no injuries were reported.