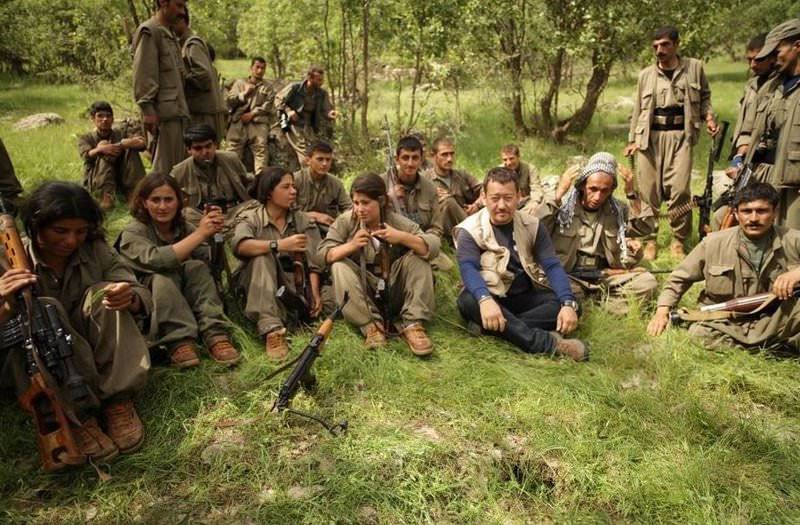 by Anadolu Agency Aug 21, 2015 12:00 am
Turkey has condemned the BBC for publishing an article Ankara describes as "clear support to terrorism".

The criticism from Turkey's Foreign Ministry comes after an Aug. 20 piece released by the U.K. broadcaster which featured interviews with members of the illegal Kurdistan Workers' Party (PKK) militant group.

"Publishing in this way about an organization, which is named as a terrorist group by many countries, particularly EU countries, was a clear support to terrorism," the Turkish Foreign Ministry said in a statement Friday.

On Aug. 20, the BBC published a story called 'In pictures: PKK fighters prepare for battle with IS'.

Ankara has called the publication "unacceptable" describing it as "written and visual propaganda" for the PKK.

The BBC wrote in the story that: "The PKK is considered a terrorist organization by the Turkish authorities and several Western states, but it is now a key player in the battle against the jihadist group Islamic State."

The ministry said the story tried to encourage participation in the illegal group, and to depict the PKK as "an innocent organization" fighting against ISIS.

The ministry's statement said that promoting and praising terrorism is a crime.