A former terrorist confesses all: We rue the day we joined PKK 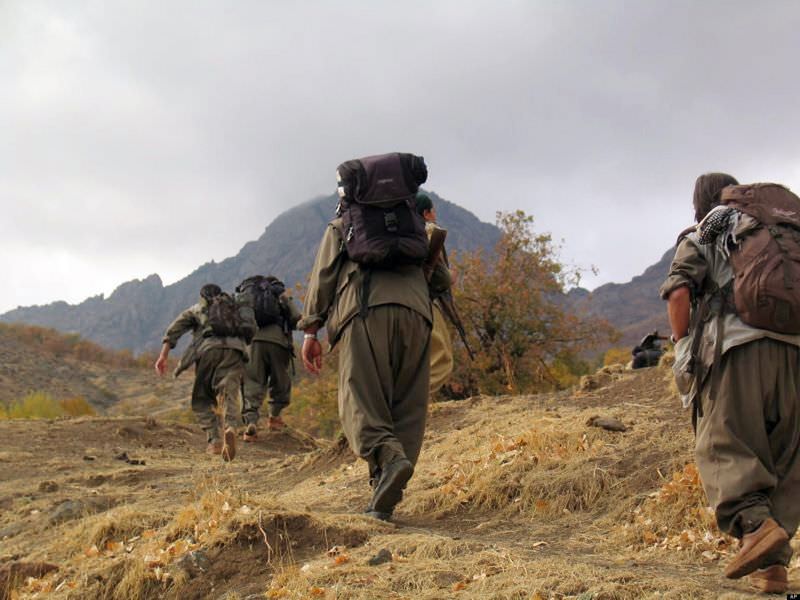 |Archive Photo
by Daily Sabah Aug 22, 2015 12:00 am
Three former PKK terrorists who escaped from the terrorist organization tell it all as they talk about their awful days in the camps and PKK's deceitful and cruel treatment.

The three former terrorists escaped from the organization after the Turkish Armed Forces conducted a military operation in northern Iraq's Qandil mountains between July 24-25. One of the former terrorists, code-named Zozan, said that the operation created a distraction and helped them flee the camps. After 3-4 days of walking towards Turkey, Zozan said that Turkish soldiers treated them well, unlike the PKK.

"They killed the ones who tried to escape or they made them wish they had been killed," said the surrendered former terrorist referring to PKK's cruel and inhumane acts in the camps. "The thought of escaping didn't even cross my mind after a while, because we all were so afraid."

"I wanted to live, but not like this," said Zozan, pointing out their hard living conditions. He added that they were degraded and were treated like 'doormats' in the camps.

"A lot of people are indecisive about staying. I don't really know how many are left. Not a lot I guess, after PKK's atrocious acts in the camps." he said.

Zozan said that they ate white bean stew with bulgur pilaf nearly every day in the camps and he really missed his mother's cooking.

"Don't be afraid of surrendering," he said, as he called upon the others still left in the camps to surrender to Turkish security forces. "The things we have been told are not true; neither have they poured concrete on us, nor have they killed us.


Turkish forces have treated us well, we are as sound as bell," said the surrendered terrorist, stressing that this may be the only chance for them to escape from the terrorist organization.