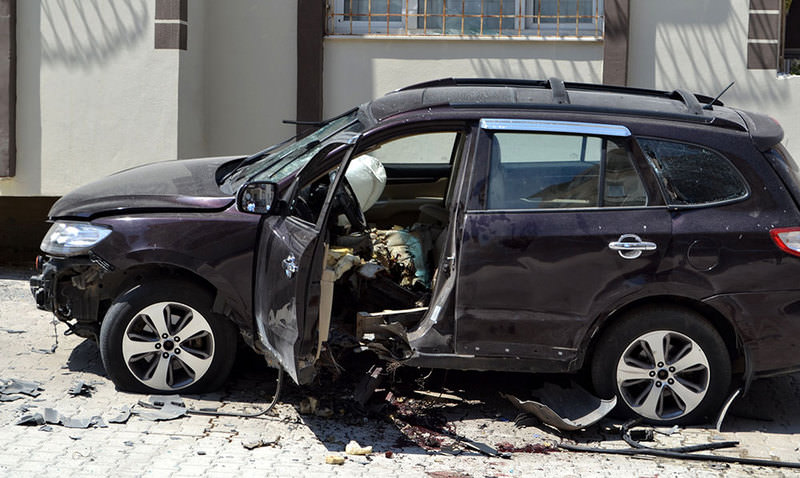 by Daily Sabah with DPA Aug 26, 2015 12:00 am
Jamil Raadoun, commander of a faction affiliated with Syria's Free Syrian Army, was killed when a bomb exploded as he started his car yesterday in the southern province of Hatay.

Raadoun, 44, was the commander of the 2,000-strong Suqour al-Ghab brigade of the Free Syrian Army, which is composed of rebels fighting the regime of Syrian President Bashar al-Assad. He succumbed to his wounds at the hospital to which he was taken after the blast.

Hatay Governor Ercan Topaca said Raadoun had served as a lieutenant colonel in the Syrian army before defecting to the rebels. Topaca added that he had arrived in Turkey one year ago and had escaped another attack in April. "He was residing in Reyhanlı [a district of Hatay] when a bomb was discovered in his car. Bomb squads defused it and police interviewed him. He told the police he had suspicions of who might have conducted the attack but the exact identity of suspects wasn't determined," Topaca said. The governor said an investigation was underway but initial findings showed the attack may have been conducted by a rival faction within the Syrian opposition.

Turkey, the northern neighbor of Syria, hosts more than 1.9 million Syrians who fled the ongoing war in their country as well as the political wing of the Syrian opposition. The country occasionally suffers from a spillover of violence from Syria, which mainly affects border towns.