Suspicious package in Istanbul metro turns out to be bed linen 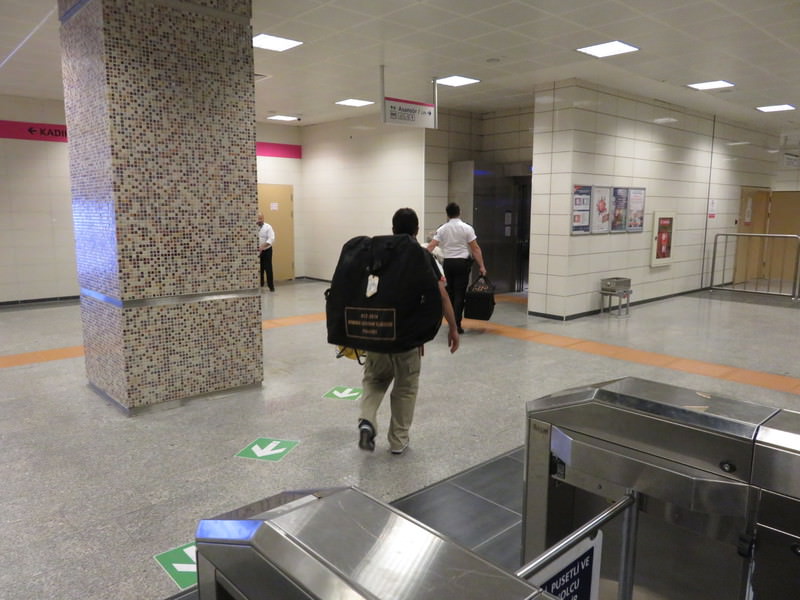 Bomb distmantling units arrive in Istanbul's Ayru0131lu0131ku00e7eu015fme metro station after a suspicious package is reported on August 26, 2015. (DHA Photo)
by Daily Sabah Aug 26, 2015 12:00 am
A suspicious package left in Kadıköy, Istanbul's Ayrılıkçeşme metro station on Wednesday morning alarmed the police. A bomb squad was dispatched to the scene only to find a duvet bed cover to the relief of citizens and police alike.

Citizens who came across the package informed police of the situation. Police teams were dispatched to the scene and took wide-scale security measures at the station.

The person with the initials M.Ç. was identified through the security cameras to have left the 'suspicious package'. He was later detained by the police.

Meanwhile, the bomb squad on the scene examined the package and detonated it, finding out that a duvet cover set was inside it. The security officials in the meantime warned citizens in the station via megaphones.

After the package was constituted as not a 'security threat', the metro – which was halted for about half an hour – resumed back to its normal service.

The detainee M.Ç. was reported to have told the police, "I found the package and left it there."