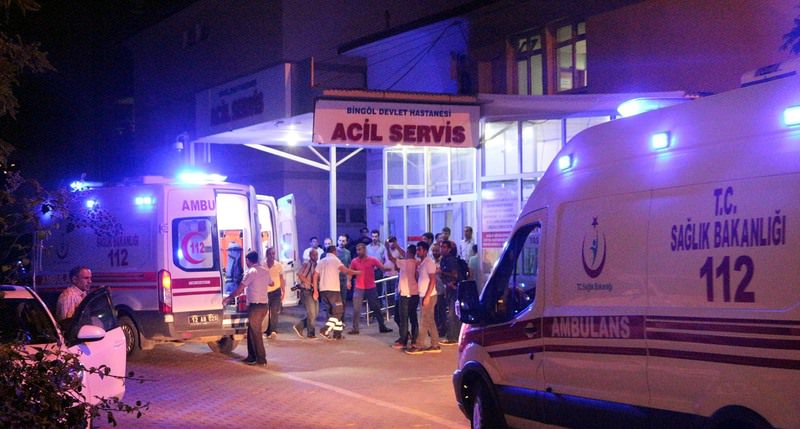 by Daily Sabah Aug 27, 2015 12:00 am
Members of PKK terrorist organization attacked a dam on early Thursday in Kiğı district of eastern Bingöl province.

Four workers were injured in the attack carried out by the militants with long-barreled rifles and rocket launchers. The terrorists fled the scene after immediate retaliation by Turkish security forces positioned in the area.

Turkish military has launched an operation in the area to neutralize the terrorists. According to the local sources, the workers injured in the attack have been referred to Bingöl State Hospital, and are in stable health condition.
Last Update: Aug 27, 2015 2:02 am
RELATED TOPICS