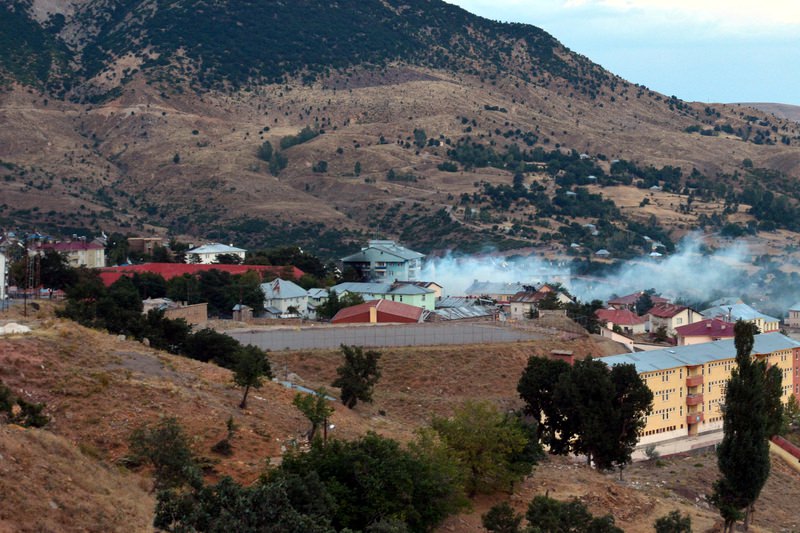 A police headquarters in southeastern Tunceli province came under attack by PKK terrorists, killing an officer on August 28, 2015. (AA Photo)
by Daily Sabah with AA Aug 28, 2015 12:00 am
A Turkish policeman was killed and a civilian was slightly injured in a PKK terrorists attack to the police headquarters of Nazimiye district in eastern Tunceli province, security sources said on Friday.

The militants reportedly attacked the police headquarters in the Nazimiye district with rockets and long-barreled weapons, the sources said, adding that the residential compound in the upper floors also came under attack.

An air-backed operation was launched in the area to apprehend the attackers.

The PKK has been designated a terrorist organization by Turkey, the U.S. and EU.

More than 60 security personnel have been killed, reportedly by the PKK, as tensions in the southeastern region of Turkey have flared up since a bombing linked to ISIS on July 20 in Suruç, which claimed the lives of 34 people.

Meanwhile, the Turkish Armed Forces have neutralized 918 terrorists since the military operations which started on July 22.