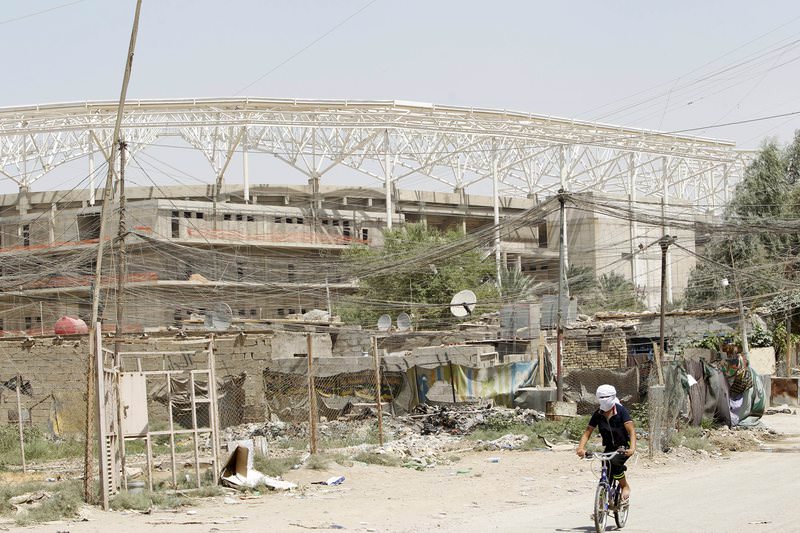 by Anadolu Agency Sep 03, 2015 12:00 am
The kidnapping of 18 Turkish workers in the Iraqi capital of Baghdad is neither the work of the terrorist groups ISIS nor the PKK, Turkish Foreign Minister Feridun Sinirlioğlu said Thursday.

"What we know is that it is not [the work of] one of the terrorist organizations that we are all familiar with; it is not ISIS or PKK," Sinirlioğlu told the media at the Turkish parliament.

About the condition of kidnapped workers, the foreign minister said: "We think they are in good medical condition."

Men in military uniform abducted the group, including 14 workers, three engineers and an accountant early Wednesday after raiding a construction site of a Turkish company, Nurol Holding, in Sadr city, a Baghdad suburb.

Sinirlioğlu said that efforts were on going to save the kidnapped Turkish people and they were also in contact with Baghdad authorities.

"We expect the issue to be resolved at the earliest, which Iraqi authorities also promised us to do as well," he added.

He also said that there was no further development or information about the Turkish soldier who went missing in southern border province of Kilis Wednesday afternoon following a clash with a group of suspected smugglers trying to cross from Syria into Turkey; the incident had also left a Turkish soldier dead.

He described the incident as part of a "campaign against reform in Iraq", which he said was carried out by "terrorists".

On June 11 last year, 49 Turkish hostages, including diplomats, consular officials and their families, were kidnapped from the Mosul consulate, a day after ISIS took control of Iraq's second-largest city. The victims were later freed.