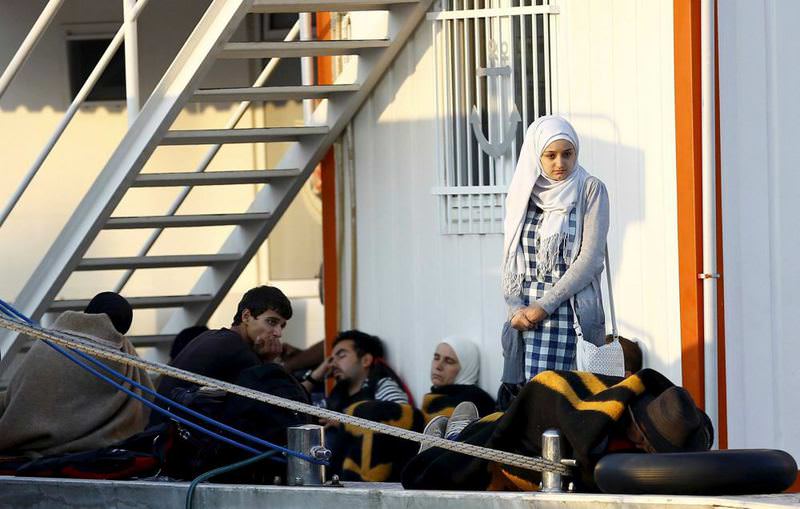 by Sep 05, 2015 12:00 am
Turkish authorities stopped 57 people trying to cross to the Greek island of Kos on Thursday night, as migrants trying to reach Europe remained undeterred by the drowning of two toddlers this week on the same route.

The death of two brothers and their mother along with nine others has done little to deter migrants, many refugees from war in the Middle East, from taking to small boats for the 4 kilometers nocturnal crossing to Kos from Bodrum.

Coastguards halted three boats carrying 57 Syrians, Afghans and Pakistanis late on Thursday, impounding the vessels and taking the passengers back to Turkey, where they spent the night sleeping under blankets in the yard of the coastguard building.

Those with papers identifying where they came from will be deported, other than to Syria, whilst the rest will stay in Turkey, an officer for the Bodrum coastguard told Reuters.

Meanwhile in the center of the town, life-jackets were still on sale for as little as 30 Turkish lira ($10.07), amidst reports many are fake, cobbled together with canvas and sponge. Vendors declined to comment.