Citizens volunteer for military in Turkey amidst PKK terror 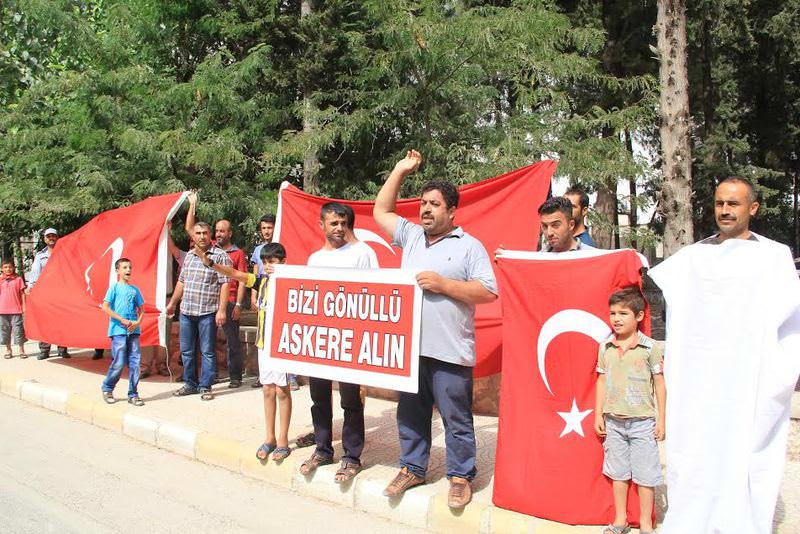 by Abdullah Kızıltaş Sep 07, 2015 12:00 am
A group of citizens in Adiyaman applied for voluntary military service on Monday in wake of the recent terrorist on-slaught of the PKK.

The president of the military branch Colonel Davut Kulalar stated, "The PKK cannot do anything in this country. It will eventually be damned."

Colonel Kulalar said that many citizens applied for voluntary military service because of the terrorist acts that took place in recent days.

The applications of 'heroes' and thoughtful young men added to their own motivation Kulalar said, adding, "We thank them because of these demands. Our heroes of the Turkish Armed Forces personnel, continues to struggle with the terrorist organizations for peace and security. The soldiers successfully fulfilled all tasks given to them. They will perform in manner suitable to the Armed Forces legacy. I'm sure, as long as there are citizens like you, the PKK will not do anything in this country. It will eventually be damned."

News of soldiers' death deeply hurt, emphasized one citizen, Abuzer Arslan stating, "That is why we say we will volunteer. Eye for an eye, tooth for a tooth. We will do the same if that's what they want."

He continued to say, "We're extremely worried about our soldiers being killed by PKK terrorists. So we will join the military as volunteers."

The group of volunteers then handed Colonel Kulalar a Turkish flag that they had brought with them.