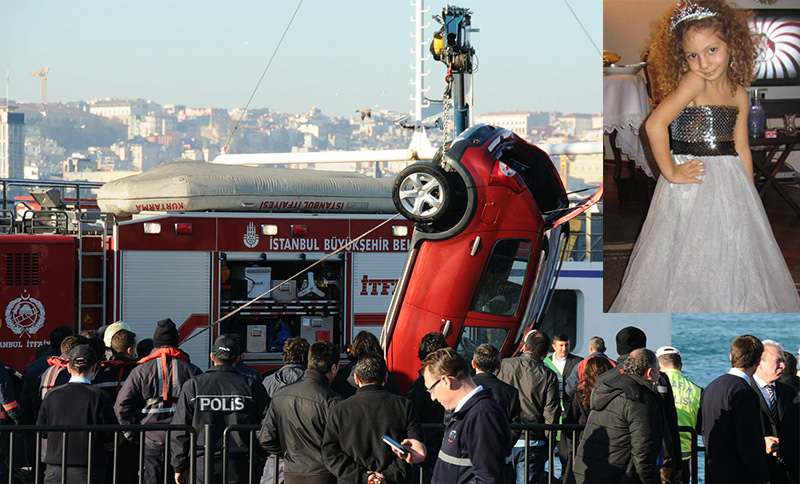 | File photo
by Daily Sabah Sep 08, 2015 12:00 am
The captain of a ferry has been arrested on Tuesday over a girl's death when her family's car plunged into the sea while boarding a ferry in Istanbul.

Five-year-old Ece Su Yılmaz, sitting in the passenger's seat, was killed and her mother and three other occupants injured in an accident in March. The driver was boarding the ferry travelling from Istanbul's Sirkeci port on the European side to Harem port on the Asian side when the car became stuck between the ferry's ramp and the port when the ship departed from the port, sending it plunging into the sea.

The captain and two crewmembers were detained following the accident on charges of involuntary manslaughter for departing from the port before the closure of the ramp. On Tuesday, the court sentenced the captain to five years of imprisonment, while the two other crewmembers were acquitted.