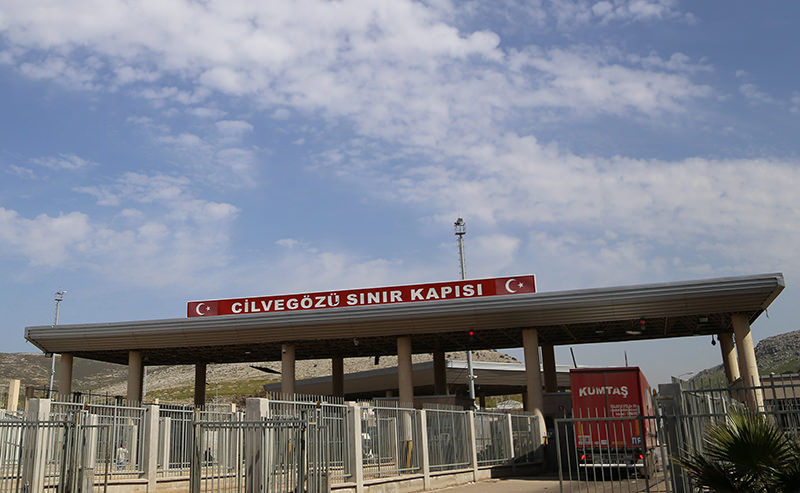 | AA Photo
by Daily Sabah with Agencies Sep 10, 2015 12:00 am
A soldier has been killed in southern Hatay province on Syria-Turkey border through cross-border fire from Syria on Thursday.

The shooting occurred in the Reyhanlı district of Turkey's Hatay province.

According to a statement by Hatay Governorate, the Cilvegözü Outpost had received reports about people recording images of the outpost.

As the commander of the outpost was patrolling the area with other officers, they heard a gunshot, which killed the 21 year-old soldier Gökhan Çakır.

The Turkish forces responded to the attack under the framework of rules of engagement.

One soldier was killed and another is still missing after a cross-border shooting with ISIS terrorists last week near the Turkish town of Kilis, further east. The missing soldier had reportedly been seen in a hospital run by ISIS.

But there is as yet no information available if Thursday's shooting is related to the ISIS group.

According to a news report by Reuters, a senior government official reportedly said: "We don't think it's related to ISIS because there is Free Syria Army across from Reyhanlı. We've observed that the measures we took against smuggling have been effective, so it's highly likely that the soldier was killed from fire opened by smugglers."

Turkey has tightened border security in recent months and stepped up military action against ISIS in July. Late last month, the group released a video accusing Turkish President Tayyip Erdoğan of "treachery," called him an infidel, and urged Turks to rise up against him and 'conquer' Istanbul.