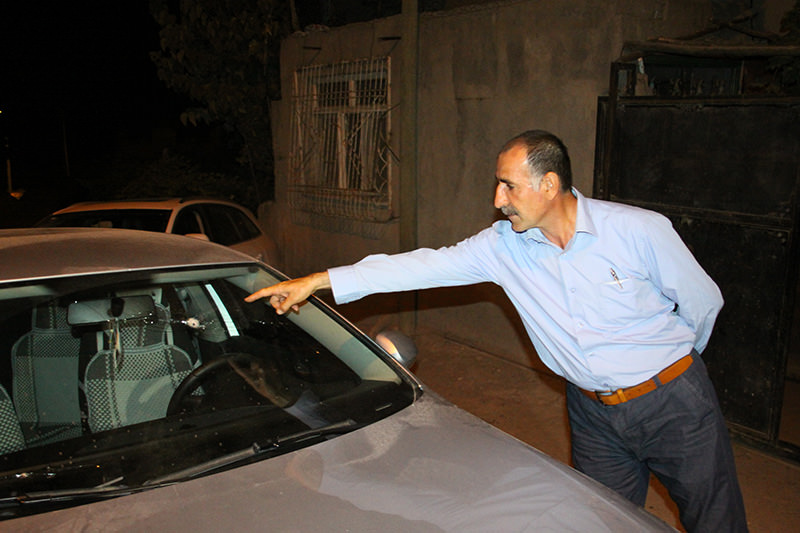 Two people, one of whom was the prospective groom, were injured in the attack which occurred on Thursday evening.

Yüknü family was returning from their visit to Türkan family's house when the incident happened. The PKK terrorists reportedly blocked the roads through which Yüknü family's cars were passing by and the terrorists opened fire on the convoy with long barreled weapons.

A total of 20 bullets reportedly hit two cars in the convoy, which injured the prospective groom Osman Yüknü (31) and his father Bedrettin Yüknü (56) -- who shouted at the terrorists, saying "We are civilians."

The terrorists were reported to have fled the scene by the time the police teams were dispatched to the scene of the attack. The wounded father and son were taken to Siirt State Hospital.

Following the attack, the future-bride's father, İhsan Türkan, told reporters that he was shocked at the incident and although he called out to the terrorists in Kurdish, they continued to fire on the convoy.

"They [the terrorists] have also opened fire on a police car which arrived at the scene [following the incident]…There were three cars [in the wedding convoy], one was at the back, there was no barricade behind it, so it fled the scene. The two other cars were hit."

The PKK -- designated a terrorist organization by Turkey, the U.S. and EU -- renewed its terrorist campaign against the Turkish state in the aftermath of the July 20 suicide bombing in Suruç district that killed 33 people. But, in the meantime the organization also targets civilians in bloody attacks, as the terrorists killed another civilian on Friday morning, as they opened fire on a soup restaurant in Turkey's southeastern Diyarbakır province. The terrorists targeted the police officers who were having their breakfast at the restaurant, but they also killed a waiter in their attack.