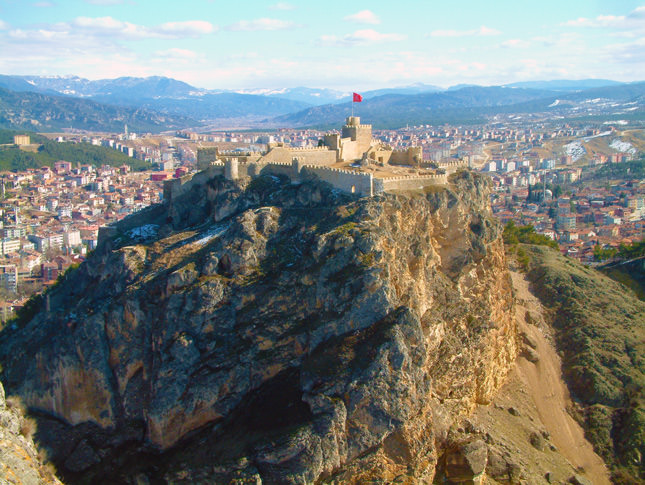 by Abdullah Kızıltaş Sep 15, 2015 12:00 am
The historical Boyabat Castle in the Sinop province is in wrecks and ruins and waiting for attention. The castle bear traces of the Roman, Byzantine and Ottoman empires and was built in 600 B.C. by Paphlagonians.

Established by the Paphlagonians in the year 600 B.C., the Boyabat Castle has a 2,600 year history. The castle has been given a land registration number, 57.02.00 {1.17127], by the government in order to accurately record its history, but has not been given an official registration date.

Located on the edge of a river, the Boyabat Castle is extremely important for the Boyabat district in which it is located in.

To climb up to the castle, there are a total of 252 stairs through a rock tunnel. Most of the stairs of the castle are broken and very steep, giving excitement for those that want to climb up to castle.

The castle adds to the beauty of the Boyabat district with its majestic structure. Visitors often complain of neglect and want a sometime for maintenance of the castle before it opens to tourism.

The Boyabat people believe the castle will attract domestic and foreign tourists after the castle's maintenance.