Sümela Monastery to undergo restoration for one year 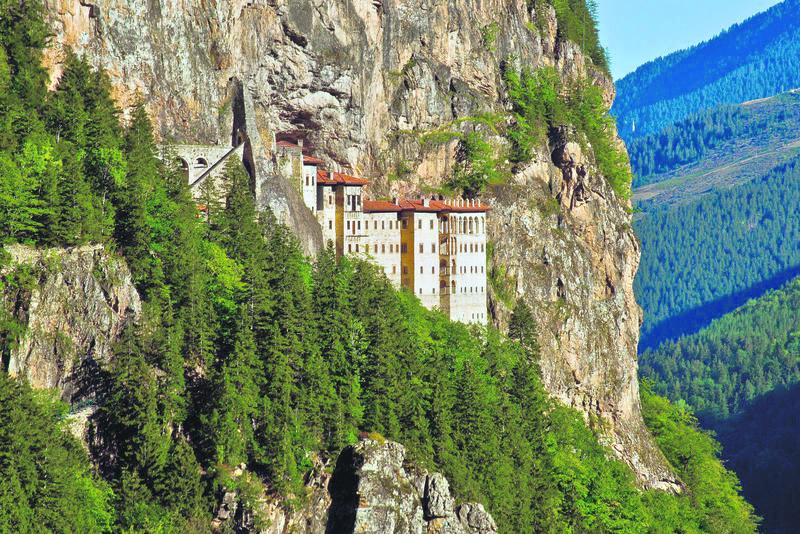 by Daily Sabah Sep 15, 2015 12:00 am
The Sümela Monastery, a popular tourist attraction in the Black Sea region, will be closed for a year for renovations after previous restoration work was discovered to have actually damaged the building. One of the project's goals is to mitigate the risk of rock fall from the mountain slope whereupon the monastery sits. Attracting 1 million local and international tourists each year, the Sümela Monastery first underwent restoration in 1991 and was worked on until 2007.

Costing 1.5 million TL ($490,000), the restoration was managed by six different companies over 14 years and caused a scandal. A scientific committee formed by the Ministry of Culture and Tourism five years ago concluded that the restoration project used faulty methods that harmed the original structure. Among the mistakes were that the company used incorrect stones when adding to the building's structure. Additionally, concrete was poured into the monastery's ground.

The monastery will undergo proper restoration estimated to cost around 4 million TL ($1.31 million) with 73 percent of the building thoroughly restored. Another study was also conducted in May to prevent rock and ice masses falling from Karadağ Mountain whereupon the monastery is situated. Industrial mountaineers checked rock masses on the slope. Following these checks, rock masses posing a risk for the monastery will be fixed with the use of steel wires or pouring cement into fractures. Many rock masses above the monastery will also be taken out.

The ministry decided to start necessary procedures for restoration and avoiding rock fall upon releasing a report on the monastery. Suat Hacısalioğlu, the president of Trabzon Chamber of Trade and Industry, said the closing will create a disadvantage for the region's tourism sector. "We notified the ministry that the project has to be finalized until May. The monastery is visited by almost 1 million tourists, half of whom are Arabs. It will obviously harm the country's economy," he said. The monastery is located in the Altındere village of the Maçka district. It is believed to be built between 365 and 395 B.C., and the Greek Orthodox monastery complex is about 1,500 meters above sea level.
RELATED TOPICS