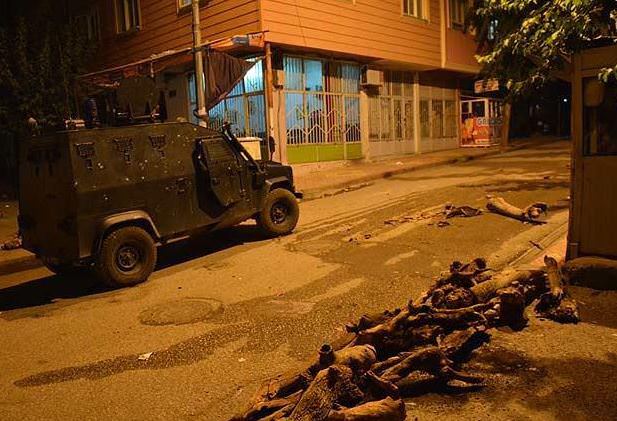 by Daily Sabah Sep 16, 2015 12:00 am
Five police officers were killed late Tuesday in a PKK bomb attack in southeastern Mardin and Hakkari province.

According to local sources, PKK terrorists attacked an armored police vehicle with an improvised explosive device in Mardin. In the attack, three policemen were killed and another was wounded.

The wounded policeman was transferred to Nusaybin State Hospital for treatment.

The witnesses also added that houses near the explosion area were damaged.

Two police officers were killed by explosives planted under the road by PKK terrorists in Hakkari province.

A wide-scale operation has been launched by the security forces.

Formed in 1978, the terrorist group has been fighting the Turkish government for an independent state until the early 2000's. The group then shifted its goal to autonomy in predominately Kurdish inhabited regions of Turkey.
Last Update: Sep 16, 2015 9:03 am
RELATED TOPICS