PKK recruited around 2,000 children in the last two years: officials 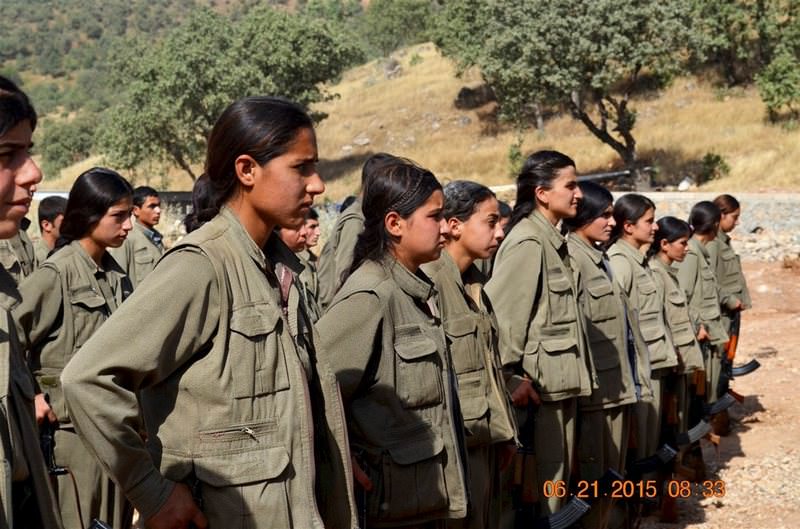 by Anadolu Agency Sep 20, 2015 12:00 am
Turkish security sources have told Anadolu Agency that the PKK has recruited around 2,000 children during the last two years.

The terrorist organization recruited these children during the 'solution process' officially initiated in early 2013, aimed at ending the 30-year conflict between the PKK and the Turkish state.

However, following a suicide bomb attack in July -- blamed on Daesh -- in the southeastern province of Sanliurfa that killed over 30 people, conflict has been escalated between the PKK and the Turkish armed forces.

Since July, more than 100 members of the security forces have been martyred and hundreds of PKK terrorists killed in operations across Turkey and northern Iraq, including airstrikes.

These figures have been complied following families informing the Turkish authorities about the abductions.

Between 2013 and 2015, at least 410 children fled from the PKK and surrendered to Turkish security forces.

Testimony given to police intelligence also claims that PKK bribed children in southeastern provinces to make them attack Turkish forces.

Children said that they received an average of 100 Turkish liras ($33) to assault Turkish forces. If they were old enough, PKK militants handed over guns, children said.

"PKK terrorists later on abducted those children they handed over guns to," children said, according to security forces.

International organizations have previously called on the PKK to end mobilizing children for terrorist activity.

The United Nations Children's Fund, or UNICEF, voiced its "profound concern" in 2010 that the PKK recruited child soldiers.

UNICEF said that such abuse was illegal and called on the PKK to halt the practice.

Also, a United Nations Human Rights Council report on Syria in 2013 said that anti-government and Kurdish armed groups had recruited and used child soldiers in hostilities.

New York-based Human Rights Watch said on July 15 that the People's Protection Units (YPG), a Kurdish armed group in Syria, continued to mobilize children under-18 years of age for its fight, despite the fact that it pledged to demobilize all under 18 years.
Last Update: Sep 20, 2015 3:20 pm
RELATED TOPICS