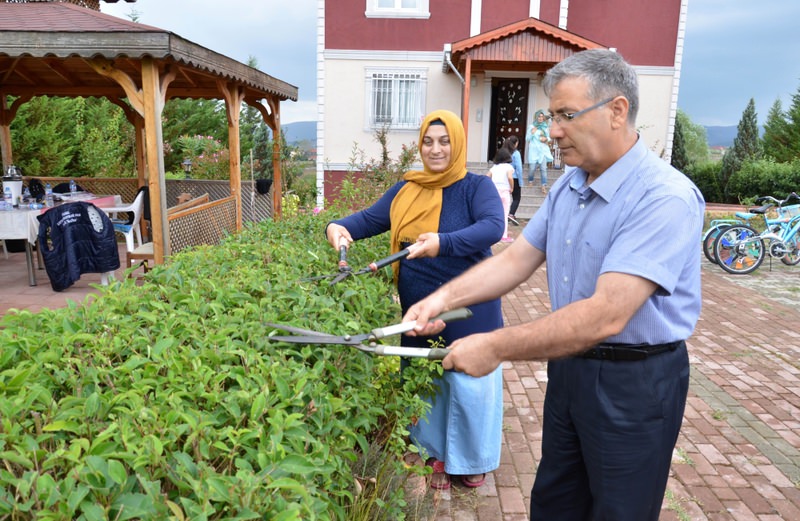 by Anadolu Agency Sep 21, 2015 12:00 am
A lone electrician who rejected huge amounts of money from the state has eventually emerged as the victor from a long court battle, ensuring his land is not nationalized. The Food Processing Organized Industrial Zone project in the Kandıra region to be built over 2 million square meters was eventually cancelled after Mürsel Yaylalı took the matter to court to prevent the nationalization of his 2,800-square-meter land. Yaylalı purchased the land in 2005, building a double-story house and planting 600 trees, spending the weekends there with his family, Yaylalı, who works as an electrician in Istanbul, was first approached in 2008 by the planners of the zone. The starting offer of TL 450,000 ($149,743) was eventually raised to TL 1 million and a sea-side villa, which was rejected by Yaylalı. When the matter was taken to court, it sided with Yaylalı, cancelling the plans for the industrial zone. The general manager of the project, Hamit Eroğlu, said 60 factories employing several thousand people and creating around $1 billion in export revenue was cancelled because of Yayalı's objections. He said they had taken the matter to the Council of State, the top appeals court in such cases, and if the top court also sided with Yaylalı, it would be a huge blow to the local economy.

Yaylalı said, "It is impossible to breathe in Istanbul. I invested a lot of money and time into this land. On the weekends, we tend our tomatoes and trees." He said officials had approached him, pledging to give him anything he wanted in exchange for selling the plot, adding, "I also need money, just like everyone else. However, I believe money isn't everything. If the Council of State sides with them, I'll take the case to the International Court of Human Rights."
RELATED TOPICS