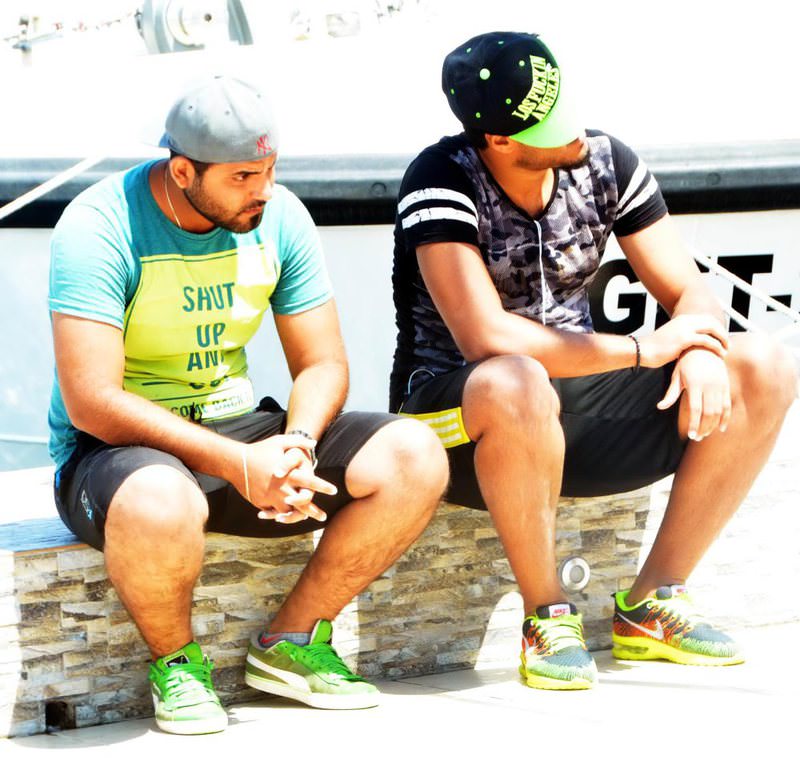 by daily sabah Sep 23, 2015 12:00 am
Despite the tragic deaths in the Aegean Sea, refugees have not given up on their journey of hope. According to Greek newspapers, 135 Syrian refugees bought a 14-meter-long boat in Marmaris and set sail for the Greek island of Rhodes. The boat reached the world famous Afondou Beach in Rhodes Tuesday morning. As the refugees landed on the beach, Rhodes police force was there to welcome them. The refugees put their money together and bought the boat for TL 180,000 ($60,000) from two sellers in Marmaris.

It is said that the organizers sailed the boat until they reached international waters, abandoned that boat and then went back to Marmaris with a zodiac boat. A 34-year-old Syrian refugee supposedly sailed the boat straight to the beach without turning off the engines. He did not have a license to captain such a vessel. Refugees have also found new ways to travel to Greece illegally. A group of four refugees were captured on Monday as they were trying to reach Greece's island of Pserimos on jet skis. The four refugees were operating two jet skis and they were filmed by an amateur camera before getting caught.
Last Update: Sep 23, 2015 1:02 pm
RELATED TOPICS