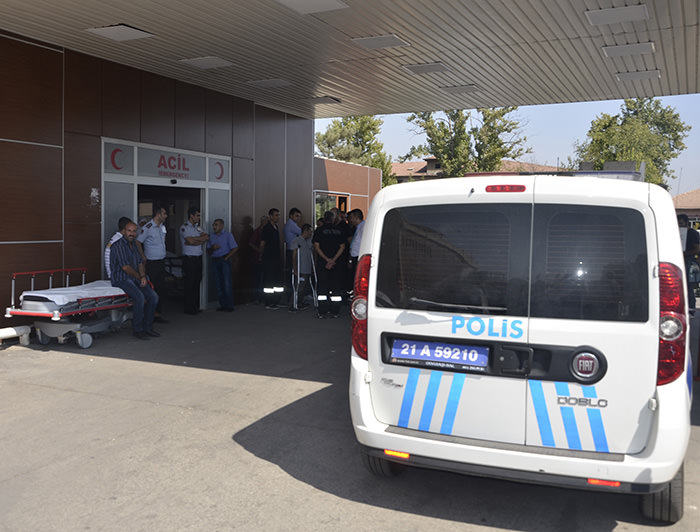 |AA Photo
by daily sabah Sep 28, 2015 12:00 am
Five children have been injured in the latest PKK terrorist attack on Monday in the Sur district of Turkey's southeastern Diyarbakır province.

The injured children have been transported to the nearby Eyyubi Public Hospital and Dicle University Faculty of Medicine Hospital.

Meanwhile, a 9-year-old girl was killed and five civilians were injured when PKK rockets hit an apartment building in the Bismil district of the southeastern province of Diyarbakır on Sunday.

The attack was apparently meant for a police vehicle in the Bismil district, but the militants failed to target the police car and the rockets hit a three-story apartment building. A child, Elif Şimşek, was killed at the scene and the five injured civilians were transferred to nearby hospitals.

20 year-old Agit Yıldız, who was injured in the same neighborhood, a died of wounds in a hospital in adjacent Diyarbakır province on Monday.

According to government figures, the PKK has killed around 30 civilians since July and more than 120 members of security forces have been killed.

The PKK, which is listed as a terrorist organization by Turkey, the United States and the European Union, resumed lethal attacks in July in southeastern and eastern Turkey, where a large Kurdish population lives, following a lull stemming from the government-initiated reconciliation process to end PKK terrorism and improve the lives of the Kurdish community.
Last Update: Sep 28, 2015 4:58 pm
RELATED TOPICS