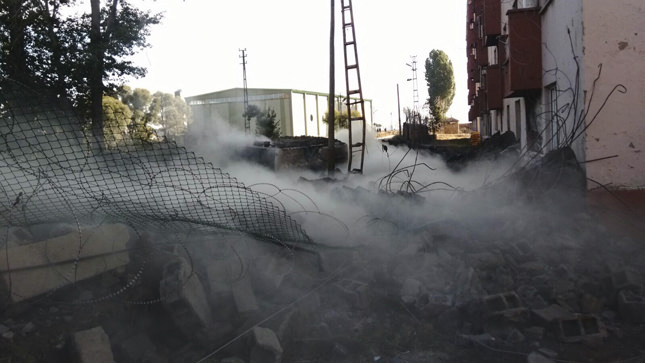 by daily sabah Sep 28, 2015 12:00 am
A remote controlled bomb was detonated by PKK terrorists on Monday morning in the eastern Bitlis province as a military vehicle was heading towards a officer's recreational center, injuring 20 soldiers.

It is being reported by local media sources that the injuries to the soldiers are not life threatnening. The explosion took place at a military recerational center located in the town of Tatvan in the province of Bitlis at 7:45 a.m. local time. All of the injured soldiers have been transferred to local hospitals.

A wide range operation has begun in the area of the attack in order to capture the PKK terrorists.

Formed in 1978, the terrorist group has been fighting the Turkish government for an independent state until the early 2000's. The group then shifted its goal to autonomy in predominately Kurdish inhabited regions of Turkey.
Last Update: Sep 28, 2015 11:51 am
RELATED TOPICS