Millions back to school with new rules, classes 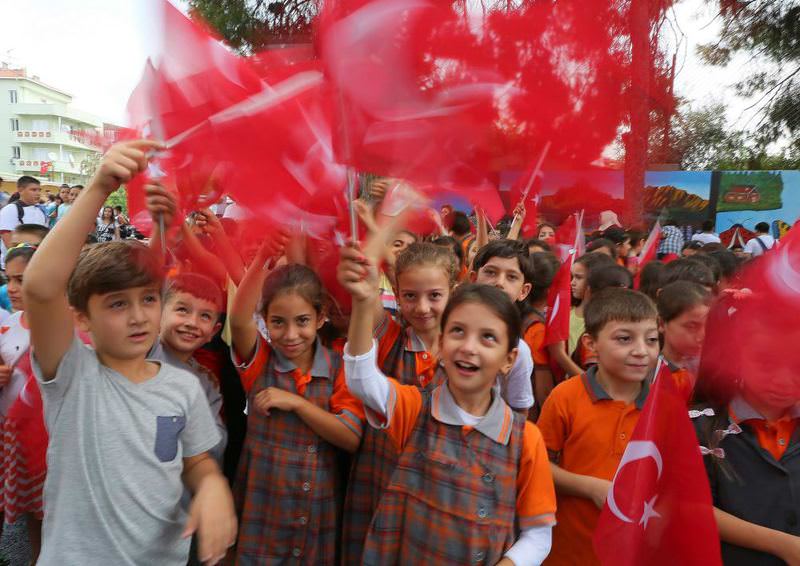 About 18 million students, and more than 900,000 teachers, were back in school on Monday, as the school year commenced following the summer holiday. As bells rang at schools across the country, students welcomed the new academic year with a set of changes to the education system, such as new free classes to replace controversial prep schools and harsher disciplinary measures for students who behave poorly.

Schools were originally scheduled to reopen on Sept. 14, but due to high demand, it was rescheduled to the end of September so that students would not have to take another long break for last week's Qurban Bayram holiday. Additional courses will be added to the curriculum throughout the year to make up for the 14 days students missed due to the late start. The school year will end on June 17.

In the early hours of Monday, students flocked to schools all across the country. Hundreds of students, including first graders with their parents, crowded schoolyards for ceremonies to mark the start of the first semester.

In Istanbul, the country's largest city, traffic congestion was anticipated, as nearly 20,000 school buses hit the road. To curb the congestion, the municipality offered free public transportation for millions of Istanbulites, easing traffic a bit in morning rush hour.

The new academic year brings a number of changes for students. Among the significant changes to the education system this year for students is the addition of free supplementary classes. Free supplementary classes to prepare students for admission exams to high schools and universities were launched in a bid to replace private prep schools. Prep schools have long been a thorny issue in Turkey's education history, as they became a lucrative source of income, especially for the Gülen Movement. The Gülen Movement, which has been accused of attempting to overthrow the government through infiltrators in the police and judiciary, runs a large network of prep schools and started a campaign against the government after it announced it would close the movement's prep schools and convert them into colleges.

The National Education Ministry also introduced a new regulation that decreases the amount of absences allowed for students from 45 days to 30 days. A student not attending school for 30 days in total will fail.

Speaking at a ceremony for the start of the new school year at a high school in the capital city of Ankara, National Education Minister Nabi Avcı said education is a priority for the government and they improved schools both in terms of infrastructure and education options to that extent. Avcı cited the FATİH project, an online platform of "smart classes" in which students equipped with tablet computers are offered interactive classes at schools and free textbooks as one of the significant changes to education under the Justice and Development Party (AK Party) government. He said his ministry's budget was increased eightfold and a prominent part of it was earmarked for vocational education.
RELATED TOPICS